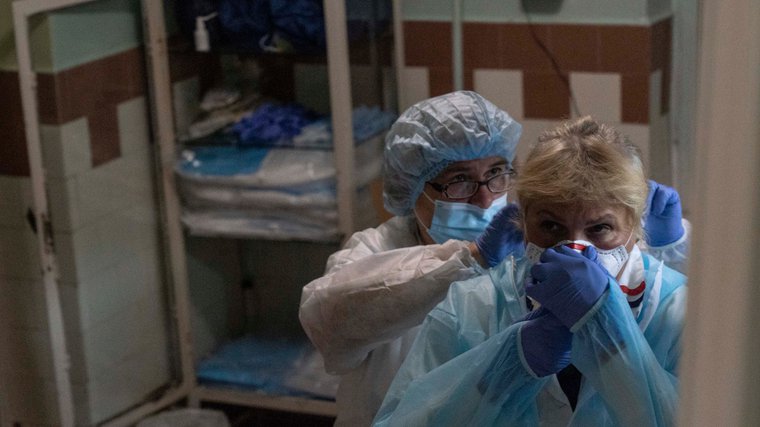 KYIV -- Ukrainian police and health officials are investigating reports that some citizens have been illegally getting inoculated against COVID-19 with vaccines that have not been officially approved, Prime Minister Denys Shmygal said on Wednesday.

Ukraine, which has registered more than 1 million COVID-19 infections and 19,357 deaths so far, has yet to approve any of the newly developed vaccines, though it signed a contract in December to buy 1.9 million doses of China's Sinovac vaccine and the shots are expected to be delivered soon.

Some Ukrainian media outlets reported on Wednesday that a clinic in Kyiv had begun inoculating people, probably with the vaccine developed by Pfizer and BioNTech, at a charge of up to 3,000 euros per dose.

The reports said the vaccine could have been brought in from Israel and that several top officials and businessmen had been vaccinated.

"None of the vaccines are currently certified in Ukraine. And I'm sure no rational person would get vaccinated with drugs of unknown origin," Shmygal said on the Telegram messenger service.

Shmygal said last month the first shots of the Chinese vaccine could arrive in February.

Ukraine also hopes in March to receive the first batch of eight million doses of vaccines under the global COVAX facility, set up to provide vaccines to poorer countries.

Coronavirus infections in Ukraine began rising again in September and have remained consistently high ever since, triggering several national lockdowns.ctvnews