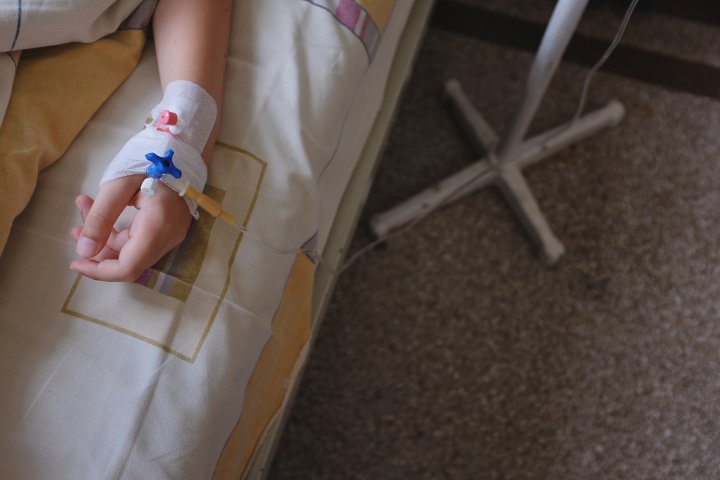 A case of severe acute hepatitis has been reported in a child in Manitoba.

Shared Health confirmed Tuesday that one known pediatric case of severe acute hepatitis had been reported in recent weeks.

They didn’t say where in Manitoba the case was found or how share details about the severity of the case, citing patient privacy.

There was also no word from Shared Health on whether or not the child had been previously diagnosed with COVID-19.

The World Health Organization (WHO) said Tuesday there are now 348 probable cases of acute hepatitis among children across five regions globally.

Authorities around the world are not sure what is causing the cases.

Otherwise healthy children are developing hepatitis, or liver inflammation often caused by viruses. Children impacted so far range in age from one month to 16 years.

Hepatitis is usually caused by one of several contagious hepatitis viruses, like A and B, which have not been found in the affected children.

Sometimes the disease is mild and requires no specific treatment, but severe cases require hospitalization and can lead to liver failure.

The U.K. currently leads in cases with around 163, and only six countries are reporting more than five cases. The U.S. recently announced it was investigating 109 probable cases of “unknown origin.”

Toronto’s SickKids Hospital reported seven probable cases of severe acute hepatitis on Tuesday, all of “unknown origin,” in children between one month and 16 years of age.

The cases were identified between Oct. 1, 2021 and April 30, 2022, and SickKids said it remains to be seen whether the cases recently reported are a spike from previous years.

It is still unclear how many cases total there are across Canada.

Chief public health officer Dr. Theresa Tam said Friday that the Public Health Agency of Canada (PHAC) has contacted its 17 pediatric centres across the country to try to get a better understanding of the situation.

She noted that before the pandemic, about half of severe hepatitis cases among children had no known cause.

PHAC said in a statement Tuesday that it does not know if Canada is seeing an increase in cases of acute hepatitis of unknown cause in children.

Hepatitis impacts the liver and can be detected by the onset of jaundice (yellow eyes), dark urine and/or pale stool.

Five children have died so far in the U.S. and there have been at least three deaths in Indonesia from the illness. Other children have needed liver transplants, the WHO has said.

— with files from Global’s Kevin Hirschfield, Eric Stober and The Canadian Press