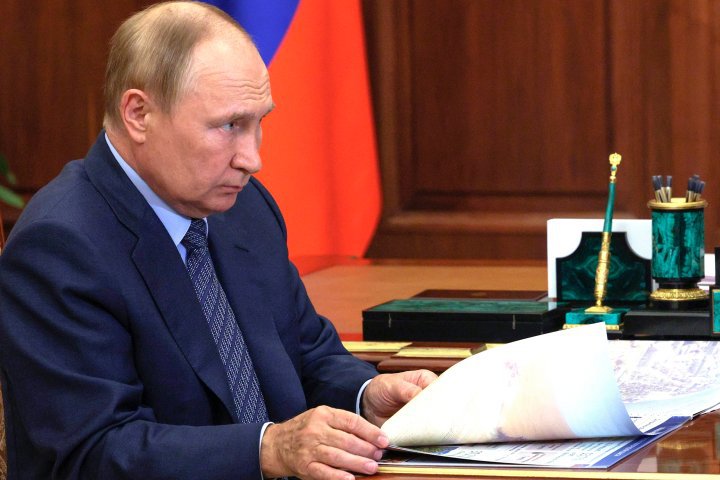 As Russia faces a series of setbacks on the battlefield against Ukraine, President Vladimir Putin only knows how to do one thing, according to one of his most prominent critics: “escalate.”

That’s because Putin views the prospect of losing power as an “existential threat,” according to Bill Browder, a U.S. investment fund manager who has influenced Western governments into clamping down on corrupt Russian officials.

“If Putin were ever to lose power in Russia, he would lose all the money that he’s stolen over the last 22 years. He would go to jail, and he would die,” Browder said in a Thursday interview for The West Block with host Mercedes Stephenson, aired Sunday.

“So for Putin, he views it as an existential threat. He cannot lose power.”

The Russian president has faced a series of setbacks in recent weeks — on the battlefield in Ukraine and at home.

Ukrainian forces have been gaining ground in a counteroffensive they’ve been waging, which was first launched in late August. The push has forced the Russian occupation to roll back across large parts of the northeast.

It also triggered Putin to push for new military reinforcements.

Russia has called for up to 300,000 soldiers to fight in the seven-month-long conflict with Ukraine, a move that sparked a mass exodus of Russian men from their home country. While Putin said the callup was “partial” and would only target men with past military service, the Associated Press reported numerous claims that men with no military training and of all ages have received draft notices.

Georgia’s Interior Ministry said over 53,000 Russians had entered the country since last week, and Kazakhstan has taken in more than 98,000 Russians over the same period.

“We see people rising up because they have a real fear for their life. Young men between the ages of 18 and 60 could be shipped off to the front lines in Ukraine as cannon fodder and die,” Browder said.

“People have a lot more to lose now in accepting Putin’s draft … therefore, they may be willing to stand up more, more tall and more robustly than they have in the past.”

While some Russians are fleeing, others are staying home and taking to the streets in protest of the callup. Hundreds have been arrested in the demonstrations.

But with internal strife and embarrassing setbacks in Ukraine, Browder warned that Putin is running out of options.

“To double down, triple down, quadruple down. And so that’s what this conscription is all about.”

Even as Russians push back on the callup, Browder said Putin is going to “try to figure out a way to quash any dissent.”

“He’s usually pretty good at it … I wouldn’t rule Putin out when you watch these recruiting stations set on fire or people demonstrating in the streets, this usually happens,” Browder explained.

“He then figures out how to terrorize these people, and they all go back to their kitchens. And that’s probably what’s going to happen. But we don’t know. We don’t know for sure how angry people are and how scared they are.”

Putin, meanwhile, has also pushed ahead with his illegal annexation of four regions of occupied Ukraine, proclaiming Russian rule over 15 per cent of the country. The move comes after referendums in the regions, which many Western leaders denounced as illegitimate.

In a speech on Friday, Putin vowed to protect the newly-annexed regions by “all available means,” a renewed nuclear-backed threat made at a Kremlin signing ceremony where he also railed furiously against the West, accusing the United States and its allies of seeking Russia’s destruction.

Canada, the U.S. and the U.K. unveiled new sanctions against Russian officials and elites as Putin pushed ahead with the annexation.

Still, Browder said Western nations could do more to punish not just Russia, but the states that continue to support the Kremlin.

“You’ve got countries like the United Arab Emirates, Turkey, India, South Africa that are helping Russia evade sanctions — and together, Canada, the U.S., etc., we have the economic might to tell those countries, ‘you’ve got to pick sides,'” Browder said.

As for Putin’s punishment of countries backing Ukraine through cutting off gas supplies, Browder said that’s a bluff with an expiration date.

“Gas is one of his biggest revenue generators. So we may not be getting gas in the West, but he’s not getting money coming back,” he explained.

Gas sales to Europe makes up about a quarter of the Russian budget, according to Browder.

“Putin is basically … betting big and betting short-term that we’re going to fold before he does, because this affects him profoundly financially,” he said.

“If the Germans can do LNG or turn on their nuclear power plants and become independent from Russia, then Russia has permanently lost a huge source of income.”

— With files from The Associate Press, Global News’ Aaron D’Andrea