Pentagon mum on Ukraine tanks amid reports of German, U.S. donations to Kyiv 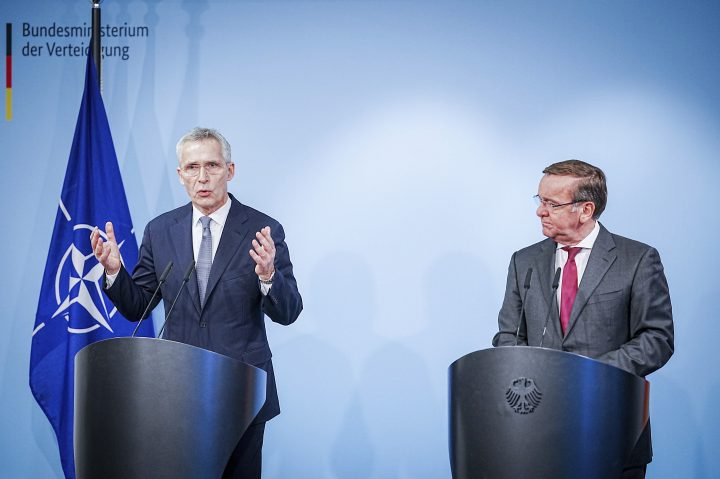 The Pentagon is not saying whether it’s aware of any decision by allied governments to give battle tanks for Ukraine amid reports suggesting German and American officials have decided to donate tanks to Kyiv.

German news outlet Der Spiegel and Reuters both reported on Tuesday, citing unnamed sources familiar with the matter, that Chancellor Olaf Scholz has decided to send Leopard 2 tanks to Ukraine and allow other countries such as Poland to do so with their Leopard tanks. Scholz is scheduled to make a speech to the German parliament and answer lawmakers’ questions on Wednesday.

Pentagon Press Secretary Air Force Brig. Gen. Pat Ryder said on Tuesday he had no news to share on the Abrams tanks, and wasn’t aware if Germany has communicated a decision on Leopards. White House Press Secretary Karine Jean-Pierre also said she had nothing to announce on Tuesday.

Poland officially requested permission from Germany to transfer its Leopard 2 battle tanks to Ukraine on Tuesday, with German officials confirming to the DPA news agency they had received the application and said it would be assessed “with due urgency.”

German Foreign Minister Annalena Baerbock said Sunday that Berlin wouldn’t seek to stop Poland from providing the high-tech battle tanks to Kyiv. Germany has been accused of blocking the export of its Leopard 2 tanks over fears that Moscow will view such a move as a further escalation of the conflict.

Allies including Canada have been wrestling with whether to send battle tanks to Ukraine. The Canadian Forces has roughly 112 Leopard 2s in several configurations, and the tanks were acquired from Germany in 2007 during the height of the war in Afghanistan.

NATO Secretary General Jens Stoltenberg on Tuesday called for the speedy delivery of new weapons to Ukraine, where a broad battlefield stalemate is expected to give way to new offensives in the spring.

Prime Minister Justin Trudeau has kept mum on whether Canada will send Leopard tanks to Ukraine, but has said the federal government will be there to support Kyiv.

He said it is “so important” that Ukraine wins this conflict — and not only for its own sake, but also for the message a Ukrainian victory would send to the international community.

Russia — or “anyone around the world” — must not see that “that this is a good thing we should do … just invade our neighbour because we’ve got a bigger army,” Trudeau said.

The radio program is part of the Corus Entertainment network, which is the parent company of Global News.

— with files from Global News’ Rachel Gilmore and The Associated Press