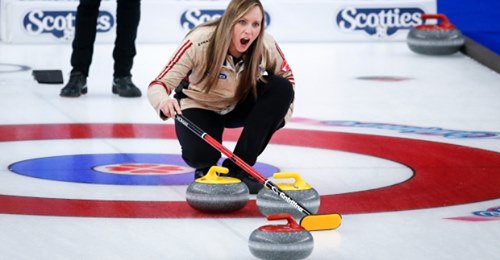 CALGARY -- Canada's Rachel Homan is one win away from sweeping the condensed Grand Slam of Curling schedule this year.

The Ottawa skip advanced to the final of the Princess Auto Players' Championship with a 5-3 win over Switzerland's Silvana Tirinzoni on Saturday in the semifinals.

Einarson, the two-time reigning Canadian women's champ, beat Sweden's Anna Hasselborg 5-4 in an extra end in the other semi.

Homan, who lost to Einarson in this year's Canadian women's final, has returned to the ice for the two Grand Slam events after giving birth to her daughter Bowyn on March 25.

Reid Carruthers was skipping for Mike McEwen, who is home for the birth of his child.