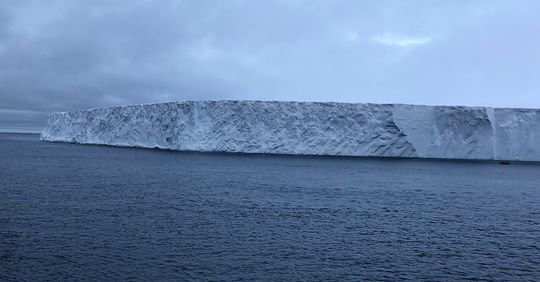 Now two and a half years old, the largest iceberg on the planet is starting to pick up steam. Iceberg A-68 broke away from the Larsen C Ice Shelf back in July 2017, and it took nearly a year for it to show any significant movement. Researchers even speculated that the 'berg might have been stuck on the shallow seafloor before it began to creep away into the Weddell Sea in 2018. 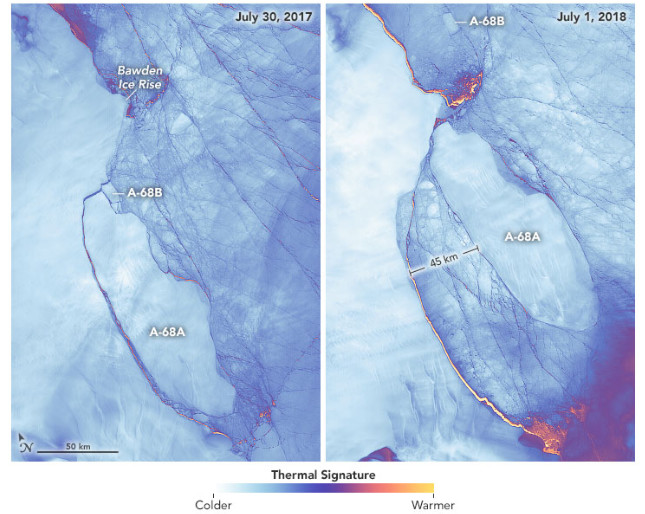 The sixth-largest iceberg ever caught on camera, A-68 looks deceptively small when seen from satellite, but don't be fooled. It measures about 160 kilometres long by about 200 metres thick, with a surface area of 5,800 square kilometres. To put that in perspective, Prince Edward Island covers about 5,660 square kilometres.

Rough waters and repeated impacts with Larsen C caused a chunk of A-68 (dubbed A-68B) to break off as it sat near the ice shelf, but the iceberg has remained more or less intact up to this point, but experts say that will change as it cruises into open waters.

Currents in the Wedell Sea swirl clockwise in the region, meaning that -- now that it's been picked up by the circulation -- A-68 is likely to be drawn farther out to sea. Faced with the rough sea of the open ocean and incrementally warmer waters, the massive iceberg is expected to deteriorate into smaller pieces from here on. theweathernetwork