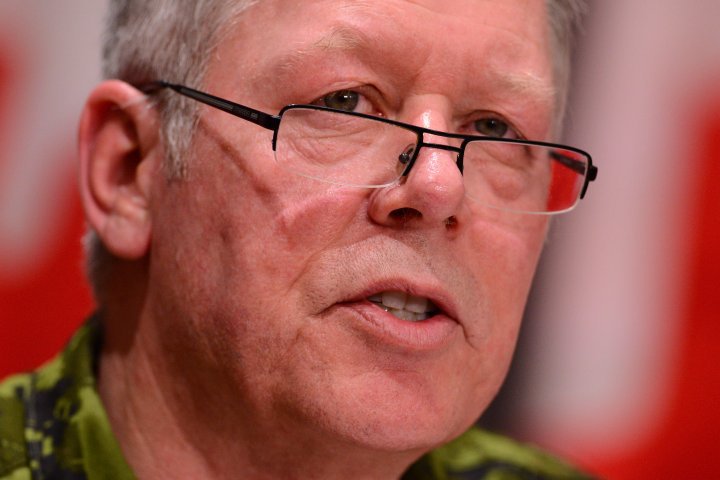 Retired Gen. Jonathan Vance has been expelled from the alumni association of the Royal Military College of Canada over his guilty plea to one count of criminal obstruction of justice in March.

Nancy Marr, chief executive officer of the RMC Alumni Association, confirmed to Global News on Wednesday that the association sent an email to members “announcing the expulsion of Gen. Jonathan Vance effective 2 May 2022.”

A copy of that email, seen by Global News, stated to members that the association’s board of directors had met on April 2 and April 7 “to consider the implications of the guilty plea.”

“Following its deliberations and the consideration of relevant factors, at the Board meeting on 7 April 22, the board unanimously voted to revoke the membership of Gen. Vance in the Association for carrying out conduct that was detrimental to the Association.”

The expulsion comes after Vance’s membership in the prestigious Order of Military Merit was revoked last week, following an “individual request” to do so that appeared to come from him.

Vance received a conditional discharge following his guilty plea, with the judge saying he didn’t wish to “burden” the former top soldier with a criminal conviction.

The charge, unprecedented for a military leader of his rank, came after a military police investigation launched following allegations of inappropriate behaviour against Vance that were first reported on by Global News. Those allegations and subsequent exclusive reporting by Global News into sexual misconduct and abuse of power by senior military leaders have rocked the Canadian Forces.

The results of an independent external review into the military sexual misconduct crisis are expected to be released by the end of the month.