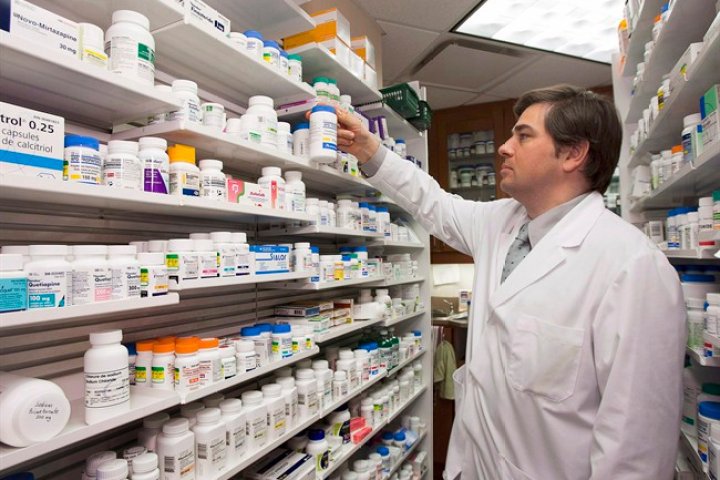 As political pressure builds on the federal Liberals’ pledge to usher in Canada’s first ever national drug coverage program, questions are being raised about implementation delays and whether Ottawa’s vision for pharmacare will indeed materialize as a universal, single-payer program.

Last week, NDP Leader Jagmeet Singh told reporters he wants to see a national framework for pharmacare passed into federal law before the end of 2023.

If this doesn’t happen, Singh threatened to withdraw from his party’s confidence-and-supply agreement with the Liberals, which has been keeping the minority government in power.

“This is the framework necessary to move forward with universal public pharmacare. And that’s something we fought for in the agreement we negotiated, and we expect it to be there.”

Health Minister Jean-Yves Duclos said his government remains committed to “taking significant steps towards tabling a Canada Pharmacare Act in 2023,” according to a statement from his office sent to Global News.

But the minister was not as definitive when asked for details about exactly what the Liberal government envisions when it talks about plans to implement a national pharmacare program.

“Canadians are proud of their publicly funded health-care system, and we are always working to strengthen it. Part of that work is making sure that no Canadian has to choose between the prescription drugs they need and putting food on the table,” Duclos’ office said in its statement.

“We’ve taken historic action to lower drug prices, including new rules on patented drugs, and we will continue our work to develop a national pharmacare program.”

Duclos was asked what Ottawa’s pharmacare model will look like when it rolls out to the provinces during an event the health minister attended in Prince Edward Island last week.

Duclos visited the Island to highlight the latest developments in a deal signed with the province in August 2021, which was promoted as “the first agreement to accelerate the implementation of national universal pharmacare.”

It will see Ottawa spend $35 million over four years to add new medications to P.E.I.’s list of covered drugs, known as a formulary.

“The Government of Canada will use early lessons from P.E.I.’s efforts to inform its ongoing work to advance national universal pharmacare,” Health Canada said in a news release when the deal was signed in August 2021.

But when asked by reporters Jan. 17 whether the P.E.I. deal is the model Ottawa plans to use for pharmacare, Duclos did not directly answer the question, instead highlighting that it will “help us move even better and quicker across other parts of Canada to increase accessibility over the affordability of drugs.”

He also pointed to work that has been ongoing behind the scenes in Ottawa to create a Canadian Drug Agency. Once established, this agency will negotiate drug prices for the country — work that is currently done by provinces and territories.

The federal government estimates this could eventually help lower the cost of prescription drugs for Canadians by up to $3 billion per year.

Duclos also said a national strategy for high-cost drugs for rare diseases will soon be announced, which will improve patient access to expensive medications and make access to them more uniform across the country.

These initiatives are part of Ottawa’s work to “establish the foundational elements of national, universal pharmacare,” Duclos’ office said in its statement.

Both the Canadian Drug Agency and the rare diseases drug strategy were recommended in the roadmap for implementing national pharmacare released in 2019 by a national advisory council led by former Ontario health minister, Dr. Eric Hoskins.

But other initial phases of the recommended rollout of pharmacare in the Hoskins report — such as developing and implementing a national drug formulary and creating a national strategy on appropriate prescribing and use of drugs — have not been mentioned by Duclos or his office and only preliminary work on a national formulary appears to have been completed to date, according to Health Canada’s most recent departmental results report.

A recommended timeline from the Hoskins report advising provincial and federal governments to “launch national pharmacare” starting with a national formulary that includes a list of essential medicines by Jan. 1, 2022 has also lapsed.

All of this has some advocates concerned that Ottawa may opt for a piecemeal approach to drug coverage, which would only add to the already complex patchwork of medication coverage that exists across Canada.

A national pharmacare program must be “truly universal,” says Dr. Melanie Bechard, an emergency pediatrician and chair of Doctors for Medicare.

“We already have a lot of ‘fill-the-gaps’ programs in Canada where we can see medication coverage for people below a certain income or above a certain age or in certain social programs,” she said.

“There’s concern that we’re going to only go 10 per cent of the way we really need to do pharmacare properly in order to see its benefits.”

Canada’s health system has been facing significant pressures over the last few years which have boiled over into what many front-line workers are calling a “crisis” due to nationwide staffing shortages and the inability of many Canadians to access care.

Patients who can’t afford medications are causing further strain on an already overburdened health system, as some patients are getting sicker or experiencing health complications from not taking their meds properly, Bechard said.

“Having a more comprehensive program that’s actually providing people with essential medications could be a huge help for our currently very strained health-care system, not to mention the fact that we’re dealing with very high levels of inflation,” she said.

“If we have just a fill-the-gaps program that’s just trying to provide a little bit more coverage for people who don’t currently have some, that would be useful, but we’re not going to see the same benefits… it would really just contribute another patch on the already very patchy pharmacare coverage network that we have in Canada.”

Sharon Batt, a health policy expert and adjunct professor of bioethics at Dalhousie University, says while it is positive the NDP views pharmacare as a deal-breaker issue in its deal with the Liberals, she pointed to other signals that concern her about how committed the Trudeau government may be to a universal, single-payer program.

For example, last April, the federal government walked back some proposed changes to drug price regulations at the Patented Medicine Prices Review Board that would have forced more transparency from pharmaceutical companies on costs of their medications.

The move came after numerous delays and several court challenges from the pharmaceutical industry — including a constitutional challenge in Quebec that struck down two of Ottawa’s proposed changes. Ottawa did not appeal that decision.

Batt says the “watered-down” drug price regulations that followed show the influence big pharma and their lobbying agencies can have on government policy, and she worries that pharmacare could similarly get caught in these crosshairs.

“There haven’t been really clear statements by the prime minister or the minister of health saying, ‘Yes, this (pharmacare) is what we want to do. We’re really going to move forward and move forward quickly.’ There’s been stalling,” Batt said.

The pandemic and ensuing economic downturn in Canada have only made the issue of drug coverage more pronounced, with millions who have lost jobs now also without private drug insurance, she noted.

But the pandemic may also have wedged Ottawa further in its negotiations with industry, Batt says, as the government has had to broker a number of new deals with drug companies due to drug shortages and the need for vaccines.

“They’re trying to straddle a divide and they’re being pulled more and more over to what the industry wants,” Batt said.

Batt also says she is concerned the federal government has focused more of its efforts into its program for rare diseases medications, which has more political buy-in from patient groups, some of which have financial ties to the pharmaceutical industry.

When asked by Global News if the Liberals were  moving away from implementing a universal pharmacare program in favour of other programs, Duclos’ office said it has taken “concrete steps to establish the foundational elements of national, universal pharmacare.”

“We are also investing in a National Strategy for Drugs for Rare Diseases to help provinces and territories improve access to rare-disease treatments and make it consistent across Canada,” it added.

Bechard says she remains hopeful that Ottawa can move forward with both national pharmacare and a program to fund expensive drugs for rare diseases.

“I don’t think that the two are mutually exclusive,” she said.

“I do worry that, politically, there is the opportunity to say, ‘Look, we did something that expanded access to medications. The job is done, we fulfilled that promise,’” Bechard said.

That’s why it’s up to health-care providers and Canadians to make it known this was not what was promised when the Liberals began pledging in 2019 to implement a national pharmacare program, Bechard added.

“I think we need to be very clear about our vision and hold the government to account and ensure that they know that we haven’t forgotten and that this is still very high on the agenda.”