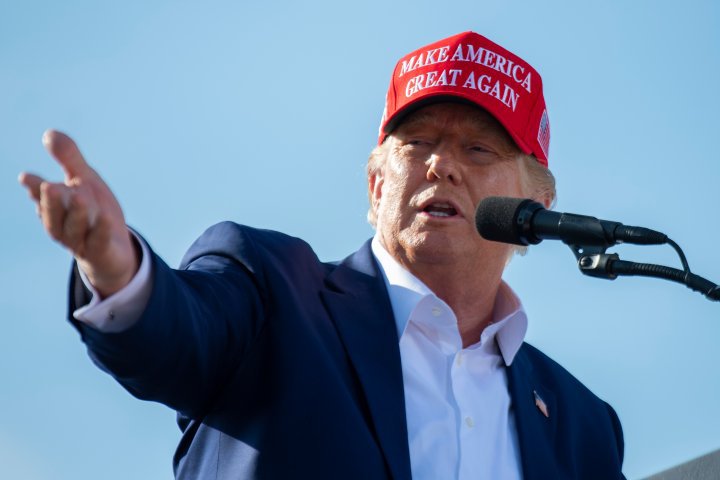 Musk said during a keynote address hosted by the Financial Times that Trump shouldn’t have been banned in the first place.

“I think that was a mistake because it alienated a large part of a country and it did not ultimately result in Donald Trump not having a voice,” Musk said, noting that Trump has since created his own social network, Truth Social, to communicate with his supporters.

“It was a morally bad decision and foolish in the extreme (to ban Trump).”

Musk said that the ban even amplified Trump’s voice among the political right, and the better option is a single forum where everyone can debate.

“I guess the answer is that I would reverse the permanent ban,” Musk said.

Trump was banned from Twitter due to a “risk of further incitement of violence” after the U.S. Capitol riot on Jan. 6, 2021, when his supporters entered the building in an attempt to overturn the certification of the U.S.’s 2020 election. The events led to five deaths in total.

The former president has said publicly that he will not return to Twitter even if he is allowed, preferring to stay on Truth Social. Trump’s Twitter account, though, had more than 88 million followers when it was active and acted as his megaphone throughout his presidency. In comparison, his Truth Social account currently has 2.7 million followers and has seen about 50 posts, mostly in the last week.

Musk noted that his $44-billion deal to take over Twitter has not been finalized yet, so it is not definite that Trump’s account will be reinstated. He said the best-case scenario is the deal is complete in two to three months.

It is still unclear what moderation rules the Tesla CEO would enforce if he becomes Twitter’s new owner, but he said Tuesday that permanent bans should be “extremely rare,” opting rather for a time out or suspension, or hiding or lowering the traction of certain tweets.

“Permanent bans undermine trust in Twitter as a town square where everyone can voice their opinion,” Musk said.

He asserted, though, that a looser moderation policy doesn’t mean anyone can say what they want — it must be lawful. Musk has called himself a “free speech absolutist” and has said his decision to buy Twitter was deeply motivated by an obsession with the truth.