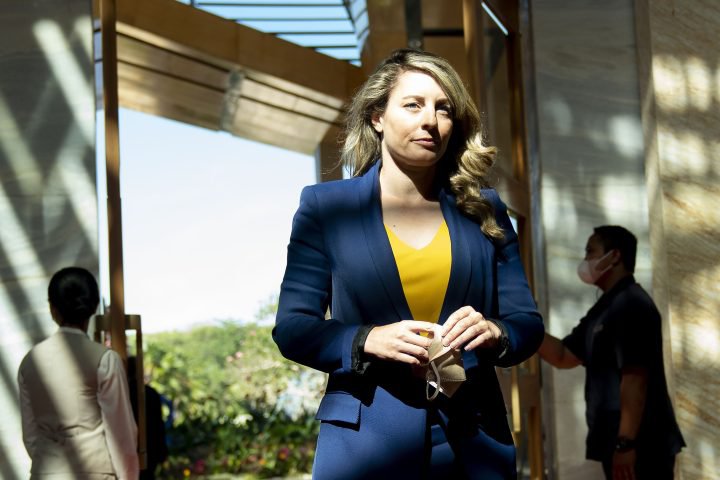 Canada is calling on China to de-escalate tensions that have mounted over U.S. House Speaker Nancy Pelosi’s visit to Taiwan.

Pelosi, who landed in Taipei Tuesday night and left Wednesday, drew a sharp response from Beijing, as it announced multiple military exercises around the island shortly after her arrival.

Canada’s Foreign Minister Melanie Joly said a visit by a legislator should not be a pretext for raising tensions.

“We are concerned with the heightened tensions in the region,” Joly said during a news conference with her German counterpart in Montreal Wednesday.

She said China’s threatening actions raise the risk of destabilizing the region, and called on Beijing to de-escalate.

China claims Taiwan as its territory and opposes any engagement by Taiwanese officials with foreign governments.

Pelosi was the first Speaker of the House to visit Taiwan in 25 years, since Newt Gingrich in 1997. However, other members of Congress, like Democrats Mark Takano of California, Elissa Slotkin of Michigan, Colin Allred of Texas and Sara Jacobs of California, and Nancy Mace, a South Carolina Republican, have visited Taiwan in the past year.

Plans for her visit ratcheted up tensions between the U.S. and China last week.

On Wednesday, China also banned some imports from Taiwan, including citrus fruit and fish.

“We are very preoccupied by the threatening action that China is taking and their economic coercion,” Joly told reporters.

She said she had discussed the issue with Germany’s Federal Foreign Minister Annalena Baerbock and also spoke to U.S. Secretary of State Antony Blinken a couple of days ago.

Pelosi addressed Beijing’s threats Wednesday morning, saying she hopes it’s clear that while China has prevented Taiwan from attending certain international meetings, “they understand they will not stand in the way of people coming to Taiwan as a show of friendship and of support.”

She departed Wednesday evening for South Korea, the next stop on an Asia tour that also included Singapore, Malaysia and Japan.

— with files from The Associated Press