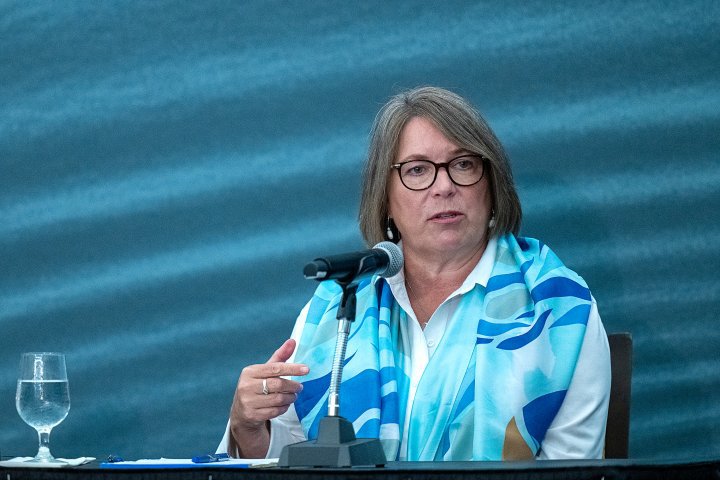 The infamous phone call at the centre of political interference allegations between RCMP brass in Ottawa — including Comm. Brenda Lucki — and senior Mounties in Nova Scotia on April 28, 2020, continues to evolve, more than two years after it occurred.

During his testimony on Sept. 9, Deputy Comm. Brian Brennan testified that Dan Brien, an RCMP communications staffer in Ottawa, recorded that phone call; at least part of it.

Brennan said he didn’t learn of a recording until “sometime spring of this year.”

“I believe it was because … It doesn’t exist because Mr. Brien has deleted it from whatever phone he was using at the time,” Brennan testified.

According to an email sent from Department of Justice lawyer Lori Ward on July 8, 2022, the department learned of the recording June 29, 2022.

“To the best of his knowledge, Mr. Brien believes that he does not have the recording anymore. He does not recall specifically deleting the recording or doing anything with it. However, he believes it may have been saved on a device that he no longer has.”

It’s not clear how much of the phone call was recorded, if it was distributed anywhere, or what happened to it.

“On July 7, 2022, Mr. Brien was asked to follow up to confirm what device the meeting was recorded on; whether he still has the device; if not, what happened to it; and if there is any way to retrieve the recording,” Ward wrote. “We have also asked the RCMP to provide any information in its possession which may assist in locating the device.”

Ward says if the recording can be retrieved, the Justice Department will “promptly notify the Commission.”

Global News asked the Mass Casualty Commission Monday what is being done to follow up on Brennan’s testimony, and what will be done moving forward to try to set the factual record straight.

In an email Monday evening, Barbara McLean, the Mass Casualty Commission’s investigations director, wrote “the Commission continues to follow up with the Attorney General of Canada about a whether such a recording still exists, and if so to obtain a copy.”

Lucki said the Nova Scotia RCMP division was too slow and too vague regarding the details it released about the rampage, particularly in the days that followed the killings, as journalists and residents waited until April 28 for the police to fill in details about how the killings took place.

“If (local RCMP staff) were continually providing information, day to day to day – and when they had it – they may not have had to have one big (news) conference,” Lucki said, adding that she realizes in hindsight that more communications staff should have been sent to assist.

Following the April 28, 2020, news conference, Lucki scolded staff over their decision to withhold detailed information about the semi-automatic guns that the killer used.

She testified that she was told prior to the April 28, 2020 meeting that the details on the guns would be released. She said she wasn’t told, however, about an email that day to Deputy Comm. Brian Brennan, who was informed that RCMP investigators didn’t want the details made public out of fear doing so would harm their case.

According to notes Chief Supt. Darren Campbell took during a meeting with Lucki on April 28, 2020, the government wanted the information released because it was “tied to pending gun control legislation.”

One thing is clear: a recording — at least a full version — would help clarify the different renditions of what actually happened on that April 28, 2020 call; just over a week after the massacre.

– with files from The Canadian Press and Global News’ Rachel Gilmore