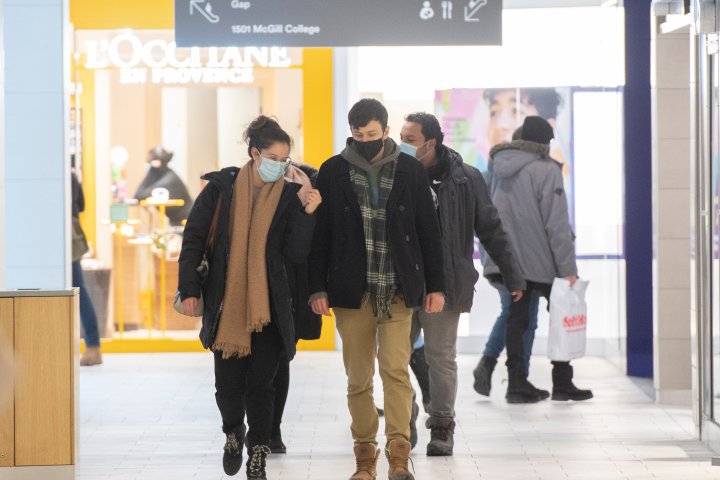 Detections of the highly-transmissible new COVID-19 variant XBB.1.5 have continued to rise in Canada, but so far it does not appear these infections are leading to more severe illness, Canada’s top doctor said Friday.

Canada’s chief public health officer, Dr. Theresa Tam, says this new Omicron variant, which has been rapidly spreading in the United States and Europe, was circulating in Canada at 2.5 per cent of new COVID-19 infections in the week of Dec. 25, 2022 to Jan. 2, 2023. That proportion has since risen to about the seven per cent of new COVID infections, she said.

But it remains unknown whether it will become the dominant strain in Canada, as it has in the northeastern part of the United States.

“The absolute number of cases is not surging at this time, nor is there evidence of increased severity with this or other new variants,” Tam said during a briefing in Ottawa Friday.

“In 2022, the Omicron variant resulted in the highest numbers of infections in Canada to date. Fortunately, over time there has been a general trend towards decreased severe outcomes, such as critical care admissions and deaths among hospitalized patients.”

XBB.1.5. is a sub-lineage of the Omicron subvariant XBB and has been deemed by the World Health Organization (WHO) as the “most transmissible” COVID-19 variant so far.

The latest case data shows COVID-19 activity continues to fluctuate across the country, but both influenza and respiratory syncytial virus (RSV) have settled into expected seasonal levels, Tam said.

While the pandemic may not yet be over, Canada’s situation has greatly improved, said Deputy Chief Public Health Officer Dr. Howard Njoo.

“I think we’ve passed the acute phase of the pandemic,” he said in French.

“Of course, the virus is continuing to circulate in Canada and around the world. It’s also continuing to change and evolve, so we need to be ready to adapt and modify our response as as a nation and as individuals.”

Tam added that significant pressures remain on health-care systems across the country, due in part to a nation-wide shortage of critical staff, which means any sudden surges in illness would have considerable impact on hospitals and health workers.

That’s why federal health officials jointly called on Canadians to ensure they have received a recent booster dose of the COVID-19 vaccine, which global experts resoundingly agree prevents against hospitalization and death.

The National Advisory Committee on Immunization (NACI) published updated guidelines Friday to reinforce its fall 2022 advice that recommended all Canadians who have not yet received a booster dose should get one now.

While over 80 per cent of Canadians have received the first two doses of the vaccine, only 22 per cent have received a booster in the last six months, which is the recommended interval for doses to ensure the most effective protection against the virus.

Scientific studies of the virus have shown that immunity, whether acquired through infection or vaccination, wanes over time, which is why more Canadians should consider getting boosted, Tam said.

Ongoing mutations and new variants of the virus also underline the importance of ongoing vigilance and protection against COVID-19, she added.

“We still have a ways to go, even for the 65-plus (aged) population, about half of them haven’t received a full booster, so there’s some work to do,” Tam said.

“We mustn’t, I think, let go of the gains that we’ve had in the last several years, including surveillance systems of antiviral developments – you’ve got to monitor those in case the virus escapes the effectiveness – and we mustn’t reduce the research investments.”

Should there be a severe surge in cases in Canada, doctors say hospitals don’t have the ability to cope.

“We don’t have the capacity. Our health-care system is starting to look like a set of dominos that you’re starting to knock over,” Dr. Melissa Yuan-Innes, emergency physician at the Hôpital Glengarry Memorial Hospital in Alexandria, Ont. told Global News last week.

“We’re actually the last line of defence. We’re there if everything else fails. So, we’re asking you to do your part.”

— with a file from Global News’ Irelyne Lavery