WOOOW!!!! Albertans line up at U.S. border for COVID-19 vaccinations: ‘It feels great’ 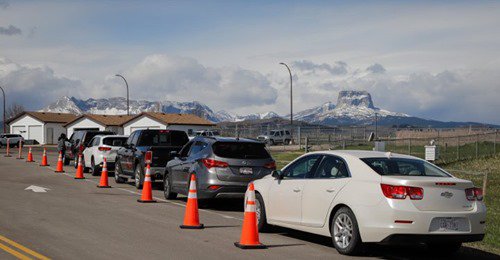 Linda Neilson had waited a long time to get her second COVID-19 vaccination and thanks to the generosity of the Blackfeet Tribe in Montana her wait ended at the Canada-United States border on Tuesday.

Neilson, who is from nearby Cardston, Alta., was in one of hundreds of vehicles lined up at the Carway crossing in southern Alberta.

The Blackfeet Tribe, based 150 kilometres south of Lethbridge, Alta., had an abundance of vaccine and decided last month to share it with Canada rather than let it go to waste.

Initially it was just open to First Nations, but the tribe soon decided to offer it to everybody.

“I’m going to be all done, finally. It feels great. It’s been a bit of a wait, but it’s worth it,” said Neilson, who received her first shot of Moderna in March.

Albertans who attend the clinic are given exemptions from having to quarantine for 14 days.

They line up in their cars, drive through a loop that takes them just across the border, receive their shots through the window, are monitored for 15 minutes and return home. 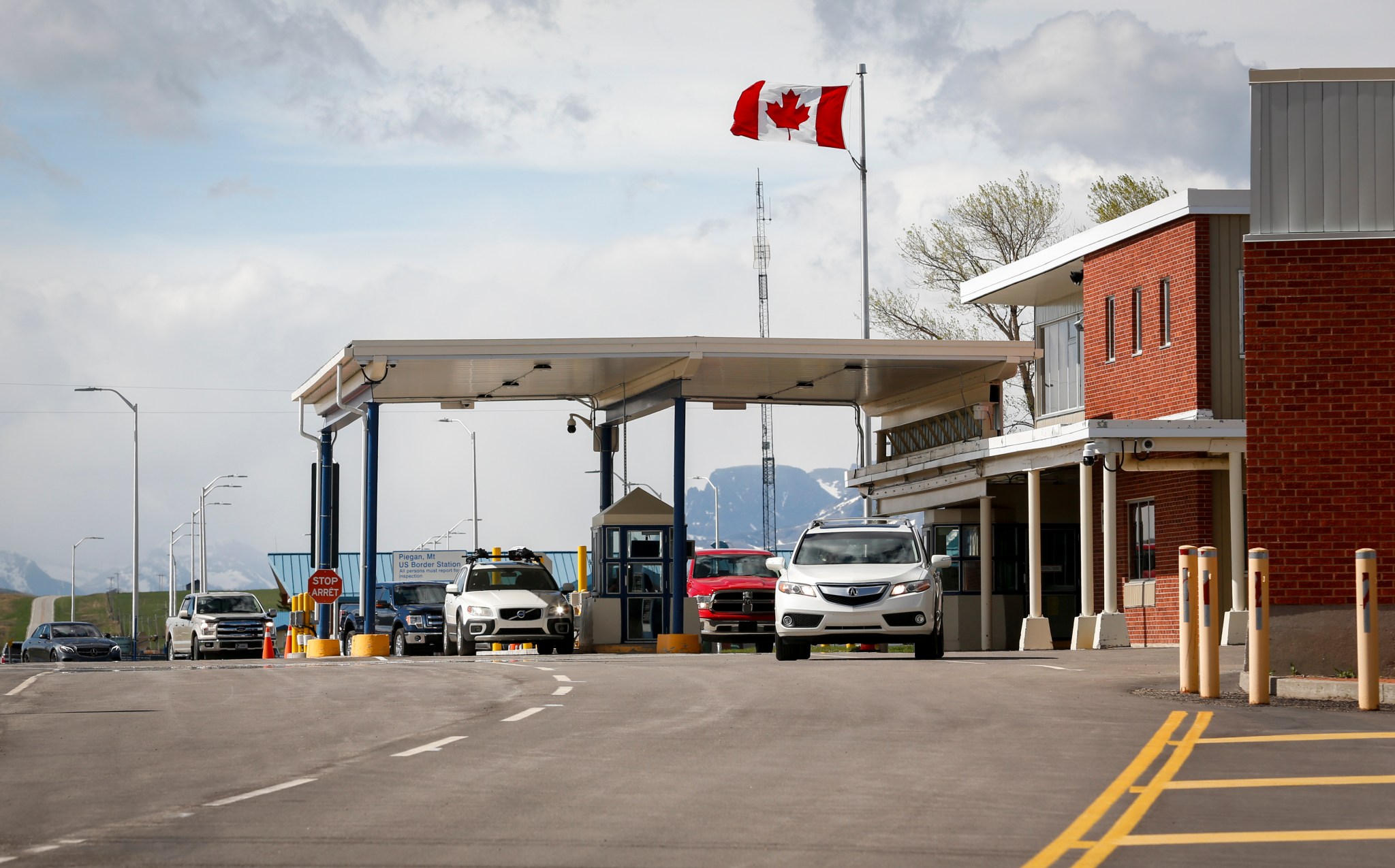 Health workers from the Blackfeet Tribe and members of the Montana National Guard administer the vaccine.

Tuesday marked the second offering of shots. The lineup was more than a kilometre long by 9 a.m. Some people slept in their cars on the highway and on road allowances to ensure they got a turn before supply ran out.

That’s what happened to Ken Sawatzky when he drove from Calgary a couple of weeks ago. He wanted to get his booster shot because his wife is a cancer patient.

He drove down again Tuesday.

“She’s fully inoculated. This will make sure we’re both safe, because I’m her caregiver, too. I think it’s a great thing,” said Sawatzky. 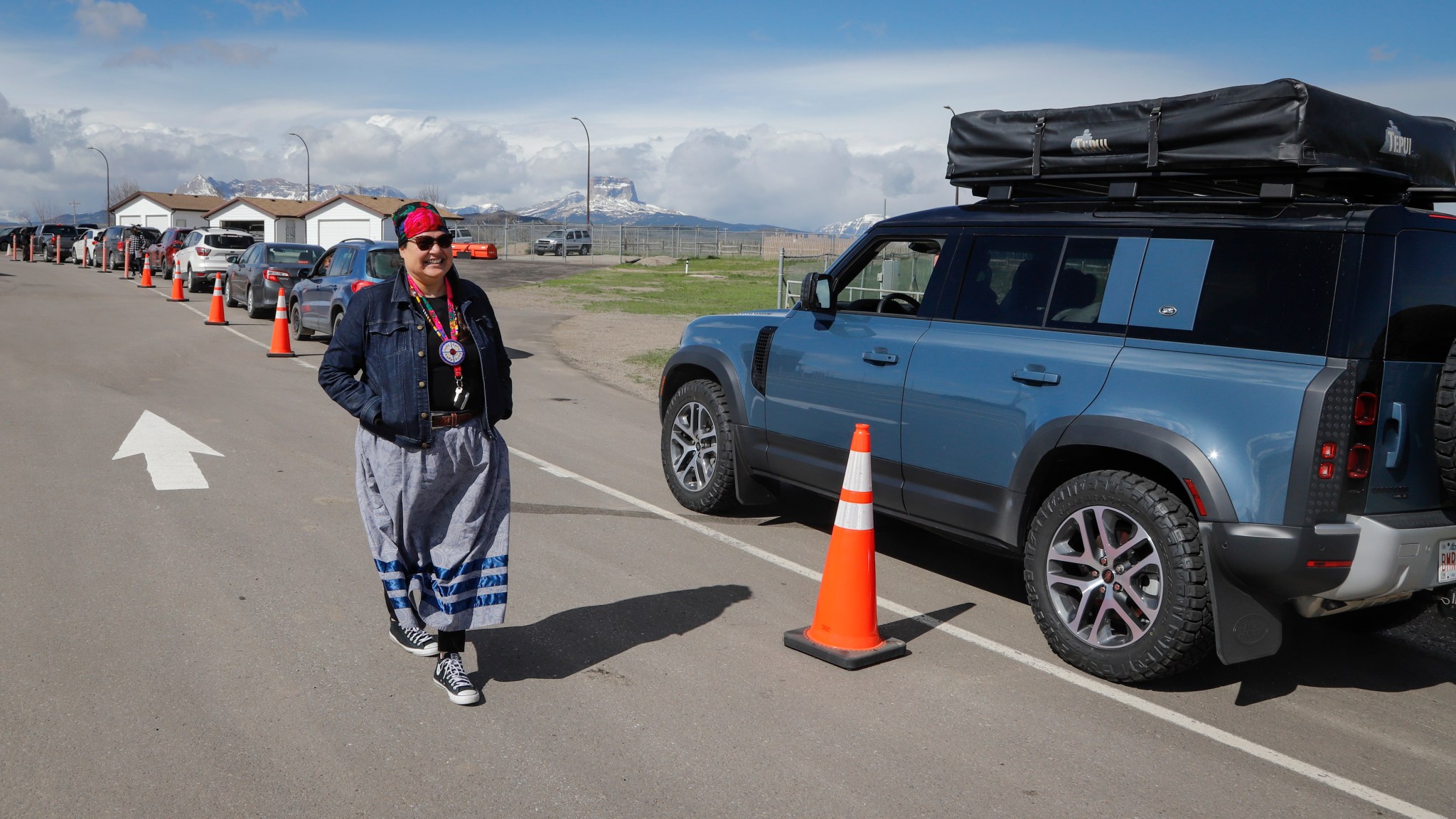 Bonnie Healy, health director for the Blackfoot Confederacy, helped co-ordinate the vaccination clinic. She said the response has been overwhelming.

“I had a hard time believing it was that hard to get a shot in Canada. A lot of people are coming for a second dose,” Healy said.

One man flew in from Toronto the last time around, drove to the site, got his shot and flew home, she said.

Catherine Bechard, regional Indigenous Affairs adviser for the Canada Border Services Agency, said she jumped at a chance to help out at the clinic.

Dave and Cathy Goodbrand also drove the 260 kilometres from Calgary to get their second shots.

“We’re happy to get down here. It’s a relief. Four months is too long to wait in between vaccines,” said Cathy Goodbrand.