Will banning single-use plastics impact our health? Here’s what we know 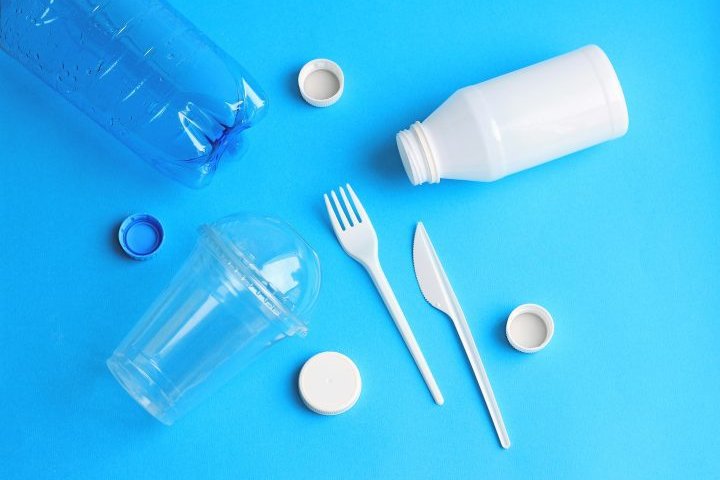 A ban on single-use plastics could lower the health risks to humans of toxic chemicals, according to one expert, as Canada moves towards eliminating plastic waste.

The federal government has a 2030 target to cut all plastic waste from ending up in landfills or as litter on beaches, in rivers, wetlands and forests.

On Monday, Environment Minister Steven Guilbeault laid out the Liberal government’s plans on how the country will get there.

By the end of 2022, Canadian companies will no longer be able to import or make plastic bags, cutlery, takeout containers, ring carriers, stir sticks and straws, barring a few targeted exceptions to recognize specific cases.

“Taking steps like banning certain types of plastics, especially those that might put people at high risk of exposure to toxins, is always a good idea,” said Cirino, adding more needs to be done tackle the crisis.

She said the release of plastics and other chemicals has reached a point where it’s hard to keep track of how much is out there.

“It’s almost like we’re living in a science experiment.”

For years, researchers have been studying the impact plastic waste can have not only on the environment, but our health.

“There’s well-documented evidence that plastic poses a ubiquitous threat to human health — and this is both a chemical and a physical threat,” said Cirino, author of Thicker Than Water: The Quest for Solutions to the Plastic Crisis.

A February 2019 report titled Plastic & Health: The Hidden Costs of a Plastic Planet found that the use of plastic products leads to skin contact, ingestion and inhalation of large amounts of microplastic particles and hundreds of toxic substances which can cause cancer, diabetes and developmental toxicity.

A recent study published in April 2022 in the Current Opinion in Endocrinology, Diabetes and Obesity found that exposure to plastic-associated chemicals increased the risk of metabolic conditions, such as obesity, diabetes and heart disease.

“The potential harmful effects of plastics and plastic-associated chemicals PACs on the environment and human health is increasingly recognized by health professionals, national regulators, the plastics industry and the general population,” the authors from Australia wrote.

However, they stressed that more evidence is needed to influence any changes in health policy.

Another report published in the Endocrine Society in December 2020 highlighted the health effects of widespread contamination from endocrine-disrupting chemicals (EDCs) in plastics.

More than 140 chemicals or chemical groups known to be hazardous to human health are actively used in plastics for various functions from colorants to flame retardants, solvents and UV-stabilizers, the report said.

Exposure to EDCs can take place during the entire lifespan of plastic products, from the manufacturing process to consumer contact, recycling, to waste management and disposal.

Cirino said there are tens of thousands of chemicals in plastic and many of them can interfere with our bodily systems, including reproduction, metabolism, growth and development.

For the first time, scientists found microplastics in the human placenta, leading experts to fear that the chemicals could interfere with fetal development, according to an Italian study, published in December 2020.

Because many plastic chemicals are hormone disrupting, children are especially prone to the consequences, said Cirino.

“The full range of effects is not known yet, but it seems that we are quite polluted by plastics inside and outside our bodies.”

It’s not yet clear whether the move will be enough to have a substantial impact on human health.

Cirino said while this is a “great start”, the list should be “as wide as possible” to have a bigger impact.

Bags, takeout containers and straws are among the top 10 items most commonly found during shoreline and beach cleanups in Canada, along with bottles, bottle caps, coffee cups and cigarette butts.

Finding alternatives to plastic and using paper, metal and glass — that are easier to recycle — is another solution, she said.