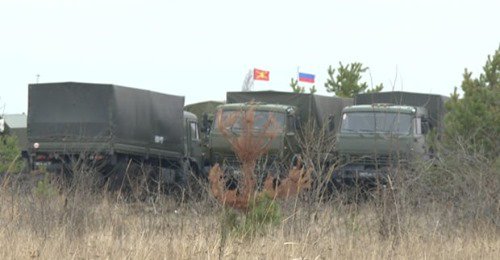 In the western Russian village of Maslovka, about two hundred kilometres from the border with Ukraine, it was impossible to miss the signs that something unusual was happening with the military troops who often visit a nearby training range.

For one, there were a lot more of them.

And they were arriving with a lot of big and powerful military hardware — trucks, artillery and tanks — all coming by the trainload on flatbed cars.

Neighbours could see and hear their presence, too, especially at night when the blasts and explosions from their weaponry reverberated and lit up the dark sky.

"Yes, there's more this year — a lot of them," said flower seller Gultaken Adamaeva, who had a prime view of the buildup of the military forces from her stall on the village's main street.

"Of course we are afraid, we all worry if there will be a war or not." 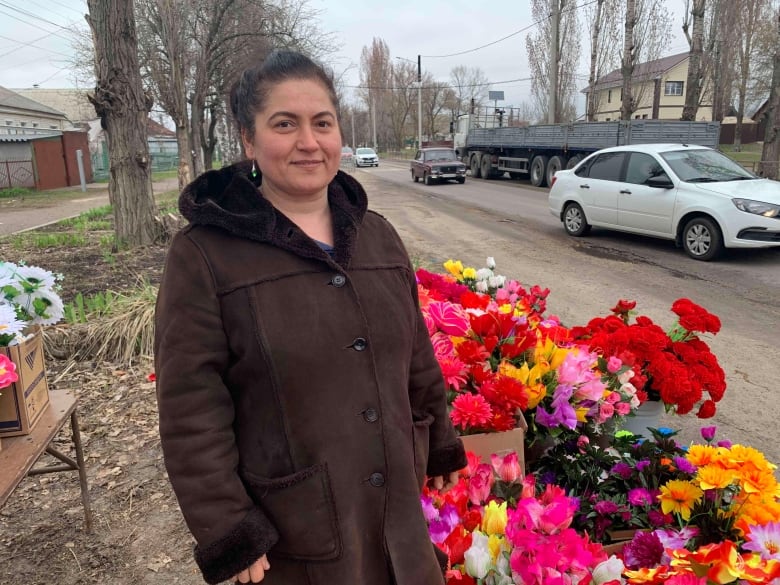 One of her customers, Boris Ivanovich, said the purpose of suddenly sending in so many troops was obvious enough to him.

"We need to scare [Ukrainian President Volodymyr] Zelensky into snuggling up to Russia," he told CBC News.

"If you want peace, prepare for war." 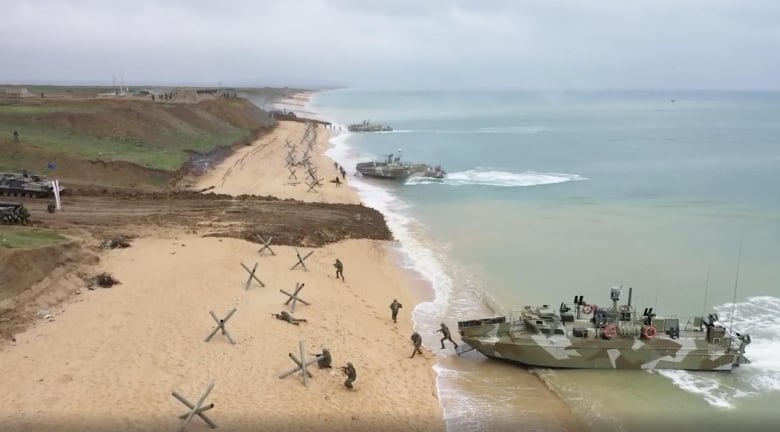 Those fears of a renewed war between Ukraine and Russia appear to have abated with an announcement by Russia's defence minister on Thursday that the "verification activities" — as Sergei Shoigu referred to them — had been successfully completed, with "the goals achieved."

But exactly what the "goal" was of Russia mobilizing as many as 100,000 troops on its border with Ukraine and how many of the battalions will actually be returning to their home bases remain open for conjecture.

Armaments to stay put
Earlier this week, our Moscow-based CBC News crew travelled to the region about 600 kilometres southwest of the Russian capital to get a first-hand view of the troop buildup.

We saw what appeared to be a temporary camp in a muddy field, with a lot of soldiers, trucks and feverish activity involving machines digging and moving earth around.

"Nothing bad will happen — young soldiers come and they need to be taught," said one grandmother whose dacha, or cottage, was right beside what appeared to be a line of freshly erected tents.

From our vantage point, there appeared to be nothing out of the ordinary — but it also did not appear that the soldiers were preparing to imminently depart.

Indeed, as part of Thursday's announcement, Russian officials confirmed that many of the heavy armaments would remain in place in some of the border areas — particularly around Maslovka — so that they can keep an eye on NATO's Defender Europe military exercises set to take place later this year.

The annual event simulates a response to a Russian invasion of its neighbours in the Balkans, around the Black Sea and in the Baltic region. 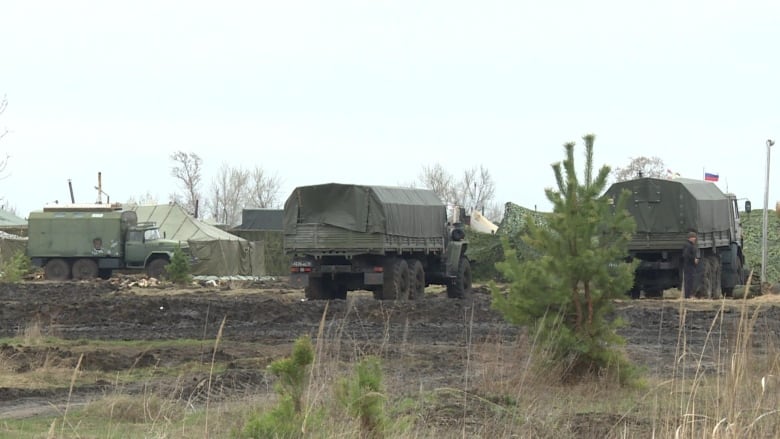 Rob Lee, a PhD student in the war studies program at King's College in London, told CBC News that Russia's announcement of a troop pullback is generally positive.

"It's a good sign — but a lot of equipment and capability remains," he said.

Escalation possible
"If Russia wants to escalate in the future, they don't have to move anything as they have the equipment there," he told CBC News.

"All that heavy equipment takes time to move, whereas you can quickly move troops there."

By Friday morning, Russia's military's TV channel was showing video of equipment in Russian-occupied Crimea being loaded onto rail cars for what the reporter said was the return to home bases further east, in cities such as Volgograd.

Other video released by the Ministry of Defence showed armoured vehicles on a Crimean beach driving back onto landing ships, purportedly for the voyage home.

Zelensky had spent the last few weeks of the buildup pleading for support from the United States, Canada and European neighbours to put Ukraine on the fast track to NATO membership.

While that didn't happen, Zelensky did land his first phone call with U.S. President Joe Biden, where he pledged "unwavering support" to Ukraine.

Russia remains the key backer of a separatist proxy army that has been waging a seven-year conflict with Ukraine's government in the eastern regions of Donbass and Luhansk.

Civilian casualties
The hostilities have killed 13,000 people, mostly civilians, and as the Russian troop buildup grew, so did the intensity of fighting along the line of conflict.

More than 30 Ukrainian soldiers have been killed so far in 2021, with many of those deaths coming in the last six weeks, according to Ukraine's Ministry of Defence.

In the aftermath of the Russian announcement, both Zelensky and Putin took turns trolling each other with public statements, offering to meet the other with extremely difficult strings attached

The Defence Ministry's announcement on the troop withdrawal did not mention Donbass and the Kremlin has given no indication its posture or support for the soldiers fighting in eastern Ukraine will change.

Indeed, the Kremlin may be hoping that the message Ukraine's government takes away is that Russia is prepared to act quickly and forcefully with its military if Ukraine refuses to continue with a process to resolve the conflict.

"What it has done is that Russia has demonstrated to the new U.S. administration that: 'We will escalate things if we need to,' " said Lee. 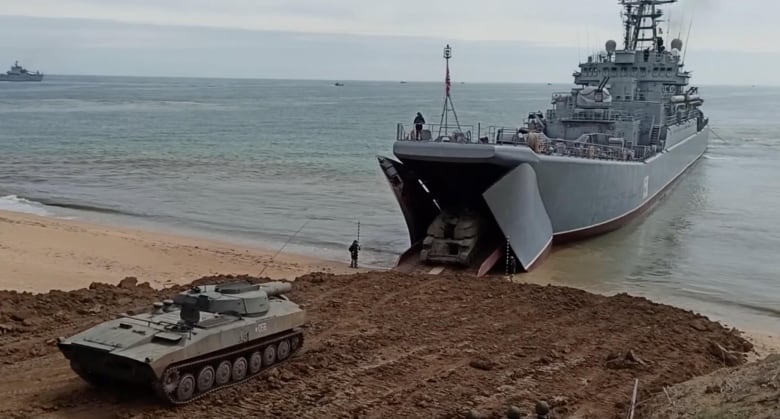 One of the key sticking points in resolving the conflict in eastern Ukraine has been implementing the so-called Minsk agreements.

The agreements, which initially helped end the heaviest of the fighting in 2015, calls for Ukraine to grant special status to its breakaway regions — something Zelensky and his predecessor as president, Petro Poroshenko, both refused to do, fearing it would give Russia a back-door way to block Ukraine's possible future membership in the European Union or NATO.CBC