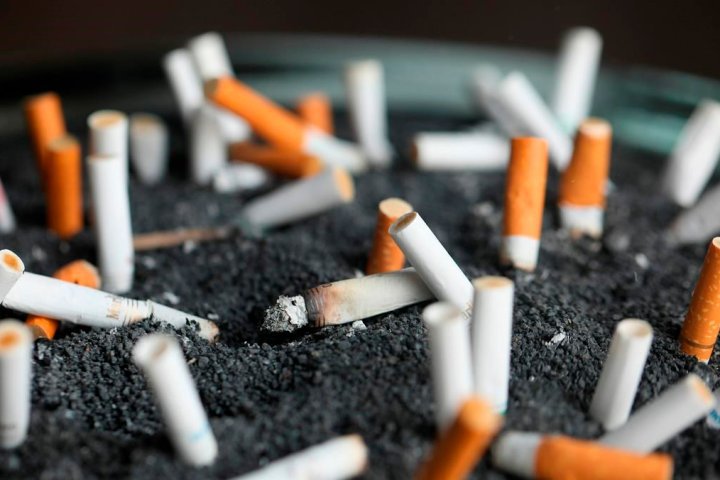 The U.S. Food and Drug Administration (FDA) has announced a plan to require tobacco companies to drastically reduce the amount of nicotine in cigarettes in an effort to make them less addictive and reduce the number of smoking-related illnesses and deaths each year.

According to a document released by the White House Budget Office on Tuesday, the rule would be designed with the goal of making smoking cessation easier for current smokers and dissuading youth from picking up the habit.

The proposal comes as the U.S. government doubles down on fighting cancer-related deaths.

Earlier this year, the Biden administration announced plans to reduce the death rate from cancer by at least 50 per cent over the next 25 years.

Cigarette smoking and exposure to tobacco smoke causes about 480,000 premature deaths each year in the United States, according to the U.S. Center for Disease Control and Prevention. The Canadian Lung Association says an estimated 48,000 Canadians die each year as a result of smoking, while countless others live with chronic diseases caused by smoking.

Recent estimates from the Lung Association peg Canadian smoking at about 15 per cent of the population.

Canada is poised to become the first country in the world to require that a warning be printed on every cigarette.

The move builds on Canada’s mandate to include graphic photo warnings on tobacco products’ packaging — a groundbreaking policy that started an international trend when it was introduced two decades ago.

Tobacco companies south of the border did not respond positively to Tuesday’s news, saying that “tobacco harm reduction”, or pushing smokers to products such as e-cigarettes, would be more helpful than reducing nicotine levels in traditional cigarettes.

Marlboro-maker Altria Group Inc. said the government’s focus should be less on taking products away from adult smokers and “more on providing them … reduced harm FDA-authorized smoke-free products”.

The U.S. rule, expected in May of next year, would likely take many years to implement, analysts told Reuters. They said tobacco companies would likely challenge the rule and there would be a need to assess the risk of people smoking more with lower levels of nicotine per cigarette.

— With files from Reuters and The Canadian Press