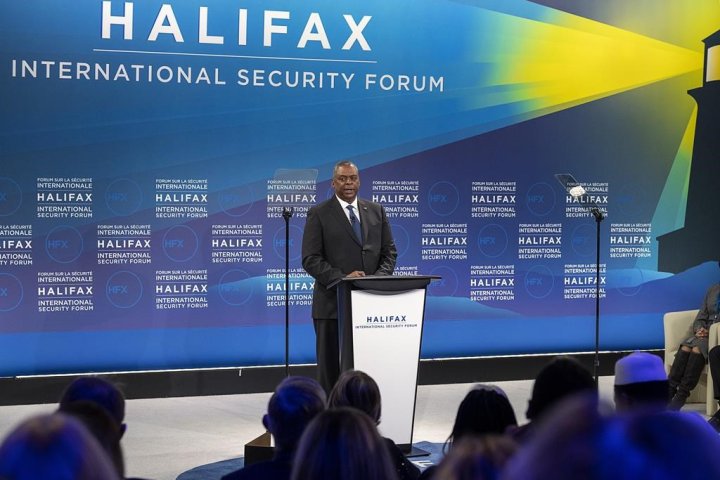 The United States Secretary of Defense has stressed the importance of maintaining support for Ukraine in a world he says is increasingly under threat from autocratic regimes.

Lloyd Austin told the Halifax International Security Forum today that Russian President Vladimir Putin’s “war of choice” in Ukraine is a threat to the rules-based international order that was established following the Second World War.

He says it’s an order where small states have the same rights as large ones and democracies such as the United States and Canada have security obligations “that we cannot walk away from.”

Austin warned that with a hard winter ahead in Ukraine, Putin may resort again to “profoundly irresponsible nuclear saber-rattling.”

But the secretary says that potential threat is a challenge the NATO alliance and other democratic countries will meet together.

Austin says meeting the challenge in Ukraine is part of a broader strategy aimed at keeping the aggressive tactics of countries such as China and Iran in check.

This report by The Canadian Press was first published Nov. 19, 2022.