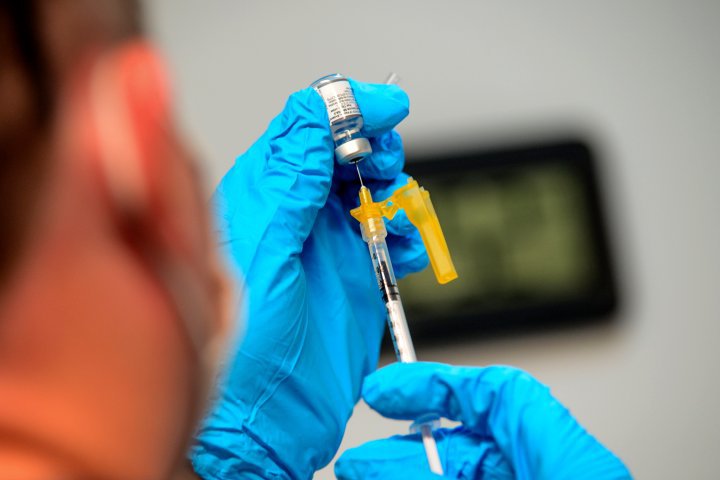 Booster doses tweaked to target the most common Omicron strain rolled out in early September, and the Food and Drug Administration said the latest data should spur more Americans to get one – especially before another expected wave of cases as people travel for Thanksgiving.

Pfizer said people 55 and older who got the Omicron-targeting booster had four-fold higher antibody levels than those given an extra dose of the original vaccine.

With many Americans reluctant to roll up their sleeves again, perhaps the better question is how the new booster compares to going without another dose.

A hint: A month after receiving the new booster, antibody levels in people 55 and older had jumped 13 times higher than before the extra dose. Younger adults saw a 9.5-fold jump, Pfizer and its partner BioNTech said. It had been about 11 months since the study participants’ last vaccination.

It’s too soon to know how much real-world protection the antibody boost translates into — and how long it will last. The results are preliminary, the study is still underway and infection-fighting antibodies naturally wane over time.

Still, the FDA had cleared the updated boosters without first requiring testing in people, basing the decision on studies of a similarly tweaked vaccine – against an earlier omicron strain – rather than the exact recipe.

So the new data “reassures us that this was a good decision to move to this bivalent vaccine,” FDA vaccine chief Dr. Peter Marks told The Associated Press. “Right now is the time for people to consider going out and get the updated” booster.

Health experts say it’s shaping up to be a rough winter. Flu season is starting unusually early and harsh, children’s hospitals are packed with another respiratory illness named RSV, and COVID-19 cases again are expected to rise with holiday gatherings.

The original COVID-19 vaccines still offer strong protection against severe illness and death, especially among younger and healthier people who’ve gotten at least one booster – a reason for anyone who hasn’t gotten their first set of shots to do so. But effectiveness drops as new mutants emerge and more time passes since someone’s last shot.

The updated doses are combination shots, tailored to offer a boost of protection against both the original coronavirus strain and the dominant BA.5 strain. Pfizer’s shot is available for anyone 5 or older. Moderna’s version of the updated booster is for those six and older.

About 26.3 million Americans have gotten an updated booster since they rolled out in early September, according to the Centers for Disease Control and Prevention.

Some small studies have recently raised questions about how much advantage the updated boosters will offer rather than just getting another dose of the original vaccine.

Pfizer’s early findings compared several dozen younger and older adults given the bivalent booster with a group who received a fourth dose of the company’s original vaccine.