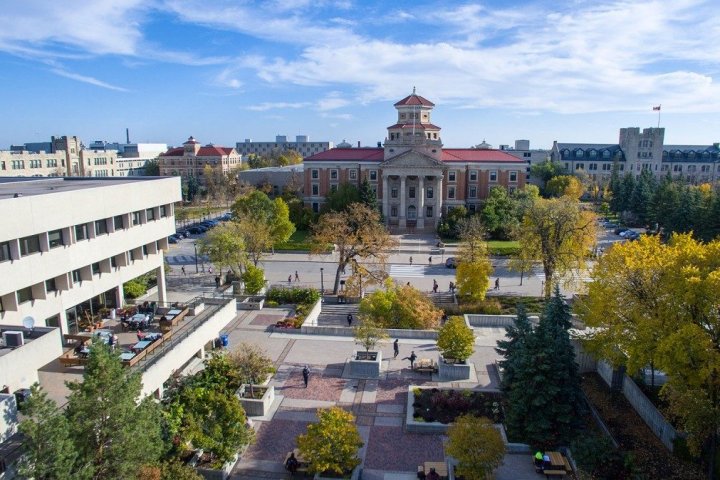 The University of Manitoba is offering more supports for Ukrainian students and scholars during the ongoing Russian invasion.

The school announced nearly $1.4 million Monday to help Ukrainian undergraduate and graduate students and researchers continue their studies at the UM.

“Not unlike those who are pursuing a higher education around the world, students in Ukraine were striving to achieve their goals and aspirations, to support their families, and to make lasting contributions to our world,” said Laurie Schnarr, vice-provost of students at the UM.

“It’s critical that their studies are not disrupted further by war, which is why UM is offering a safe, supportive place to continue their post-secondary education.”

The UM says it will waive all application fees for international undergraduate and graduate students who are Ukrainian citizens.

It will also provide 10 four-month-long research experience internships worth $7,000 for undergraduate students, as well as 10 two-term awards of up to $36,000 for tuition, books and supplies, and other fees.

The school has also joined Scholars at Risk, an international group working to protect scholars facing threats from things like war by arranging temporary research and teaching positions.

Through the program, the UM will be offering scholars 20 one-year academic stipends for research and/or teaching worth $50,000 each.

“As the invasion of Ukraine persists, it’s clear that this is a global tragedy on many levels,” says Digvir Jayas, vice-president of research and international.

“As Manitoba’s only research-intensive university, UM recognizes the threat this war poses to the pursuit of knowledge, advancement of ideas and scientific discovery. It is paramount that such work is not thwarted, and that those scholars who do this work can continue without fear for their personal safety.”

More information about the latest support for Ukrainian students and scholars can be found on the UM website.