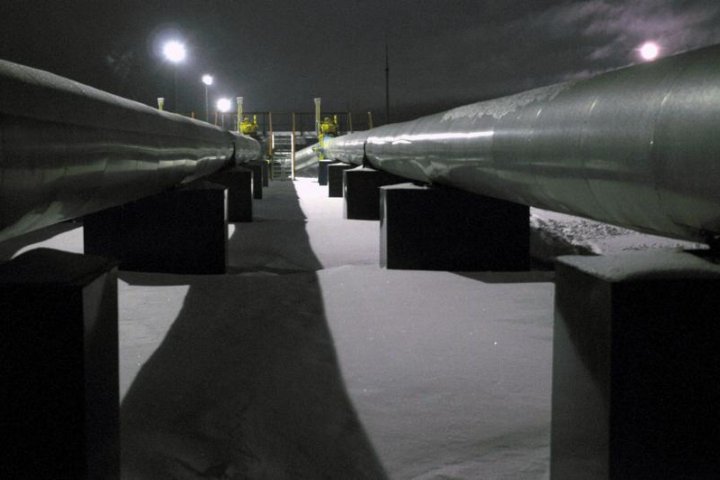 The shutdown of a gas pipeline in eastern Ukraine has sent a fresh wave of energy jitters through Europe.

The price of gas jumped _ then fell. The cutoff is in sharp focus because it’s the first time that the war has disrupted the Russian natural gas that flows through Ukraine to get to Europe, where it powers factories and generates electricity.

Here are key things to know:

The operator of the gas pipeline system, Gas TSO of Ukraine, said it could no longer transport gas through a compressor station in the Luhansk region in eastern Ukraine, near the border with Russia. It said it had no operational control over the station in Russian-held territory, with occupying forces interfering in the station’s operation and diverting gas in a way that endangered the stability of the pipeline system.

The company said it repeatedly told Russian state-owned gas exporter Gazpro m about threats to flows from such interference but that its appeals were ignored.

The pipeline handles around a third of Russian gas heading to Europe. The Ukrainian operator said the gas flows could be made up through another pipeline that crosses from Russia into Ukraine near the town of Sudzha.

Gazprom said that was not possible, but gas flows at Sudzha rose overnight, by about 8 million cubic meters per day.

While Russia has cut off natural gas to Poland and Bulgaria over a dispute about payments in rubles, Wednesday’s cutoff is the first disruption in gas supplies flowing through Ukraine due to the war.

Any suggestion that energy supplies are vulnerable has sent prices higher. Spot gas prices rose 4% at the open of trading Wednesday, to 103 euros per megawatt. But they later eased, to around 95 euros per megawatt hour, below where they were Tuesday.

European governments aren’t happy about sending hundreds of millions of dollars a day to Russia for energy but haven’t been able to agree on a natural gas boycott because of heavy dependence of major economies like Germany and Italy. The European Union’s executive commission has proposed a phaseout of Russian oil but has run up against resistance from reliant countries like Hungary.

Economists estimate that a total cutoff of both oil and natural gas would throw Europe into a recession. A loss of gas alone would hit industries such as metals, fertilizer, glass and ceramics that have in some cases already throttled back production due to high gas prices. And consumers would face even higher electric and heating bills than they already do.

To avoid those outcomes, the EU has proposed cutting Russian gas imports by two-thirds by the end of the year through additional supplies of pipeline gas from Norway and Azerbaijan, more purchases of liquefied gas that comes by ship, faster rollout of wind and solar, and conservation. Whether that can be achieved remains to be seen.

Much but not all of that gas could be rerouted through the pipeline entering Ukraine near Sudzha, said Zongqiang Luo, a gas analyst at Rystad Energy.

Even with added capacity through that town, some 10 million cubic meters per day of gas would still be in search of a pipeline route to get to Europe, and “where exactly is not clear as capacity in seemingly full, ” Luo said.

Germany is receiving a quarter less gas through Ukraine, the Energy Ministry said Wednesday. Increased supplies from Norway and the Netherlands are partly compensating for the shortfall, said Annika Einhorn, a ministry spokeswoman.

She noted that the majority of Russian gas reaches Germany through the Nord Stream 1 pipeline rather than via Ukraine.

Thanks to mild weather, Europe is in better shape on gas after scraping through the winter with barely adequate reserves. Reserves are filling faster than they did last year, but that needs to continue to cover demand this coming winter.

The interruption would make it harder for European countries to meet their goals for storage levels next winter and would “hasten Europe’s plans to move away from imports of Russian gas,” Luo said.

“As the European gas grid is well integrated, no one country is likely to suffer any immediate impact, but this will put further strain on the system and place a floor on downside price movement,” Luo added.

Both Gas TSO of Ukraine and Gazprom have sought to underline their reliability as gas suppliers despite the enmity fueled by the war so analysts are still trying to figure out what the game is. Barbara Lambrecht at Commerzbank said, “It remains to be seen whether the disruption to supply turns out to be anything more than just a flexing of muscles.”

“I think frustrations are building in Ukraine that Europe is proving too slow in rolling out an energy embargo on Russia,” he said. “If Europe is not prepared to shut off the energy money printing machine for Moscow, why would Ukraine not take matters into their own hands?