Trudeau's gift to Canada is going to cost us all 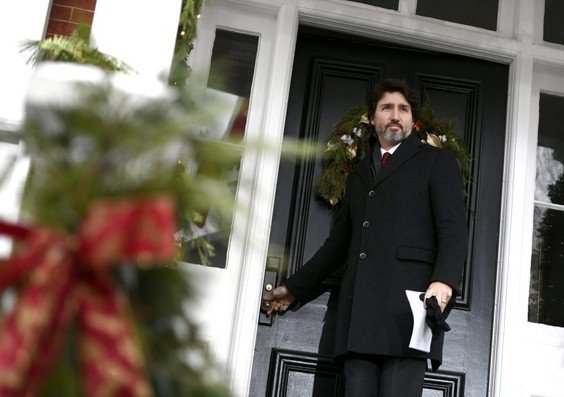 Amidst all the Christmas preparations, the excitement over vaccines and other general noise, Canadians likely didn’t notice the lump of coal Justin Trudeau left in their stockings.

Yet there it is, all wrapped up in the Dec. 19 edition of the Canada Gazette telling us all that we will be paying more to heat our homes and drive our cars in the future.

This isn’t the increase in the carbon tax, something the Trudeau government announced a week earlier.

This is the Liberal government’s clean fuel standards regulations — a second carbon tax if you will that will not come with any rebates, just higher costs.

You don’t have to believe me, it’s all spelled out in the government’s own analysis, posted online for all to read.

We will all pay more but especially seniors, single mothers and those with lower incomes.

According to the feds, the cost to the country as a whole would be between $14.1 billion and $26.7 billion and a GDP reduction of $6.4 billion, roughly 0.2% of Canada’s total. The cost to you though would be hundreds of extra dollars per year in heating and driving costs – it would be just like adding another carbon tax on.

“Therefore, the GHG emission reductions would be achieved at an estimated societal cost per tonne between $64 to $128, with a central estimate of $94,” the federal analysis shows.

Given that the Trudeau government will raise the carbon tax from $30/tonne to $170/tonne by 2030, this addition cost of up to $128/tonne will mean dramatically increased costs, especially for some.

“It is expected that increases in transportation fuel and home heating expenses would disproportionately impact lower and middle-income households, those living in single detached households,” the analysis states.

Single mothers in particular are mentioned in the analysis because they “are more likely to live in lower-income households, and may be more vulnerable to energy poverty.”

Seniors on fixed incomes are also expected to feel the impact as well.

As for the impact on the economy, there will be some job gains in clean tech the report states, but in oil and gas producing regions and sectors, job opportunities will be “negatively impacted.”

“Canada’s oil refining sector as an example, employs a high proportion of middle-aged men compared to the average working-age population, this group may face an increased risk of job scarcity due to the proposed Regulations,” the analysis states.

All of this of course is on top of the carbon tax increase that Trudeau announced two weeks ago.

Is it any wonder that voters in places like Albert and Saskatchewan feel like this government has it in for them?

Canada is an energy powerhouse but we have a federal government that is doing everything it can to kill that industry off.

True, the Trudeau Liberals did buy a pipeline but only because they had made it near impossible for the private sector company that had been authorized to build it to get any construction done. They have also nixed a number other projects that could have helped Canada’s industry.

Canada contributes less than 2% of all greenhouse gas emissions and absorbs far more CO2 into our lakes and forests than we ever contribute.

Despite all of this, Prime Minister Trudeau is determined to cripple important industries, put seniors and single mothers into energy poverty and make life more expensive for the average suburban family.

This is Justin Trudeau’s Christmas gift to the nation, personally, I’d like to return it.torontosun