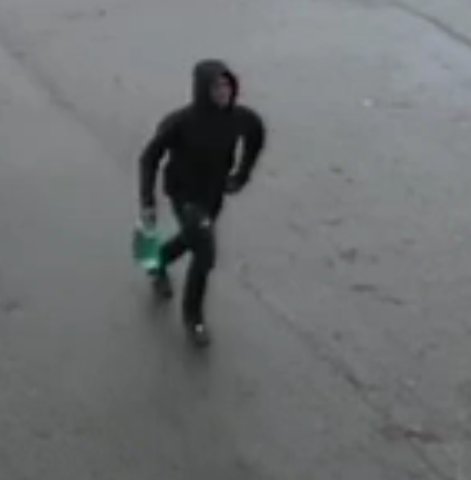 RCMP in Surrey, B.C., are releasing an image of a suspect after a woman was sexually assaulted in the Whalley neighborhood Monday morning.

Mounties responded to a call mid-morning at King George Boulevard and 102 Avenue by a woman who said she was groped by an unknown man.

After canvassing for CCTV footage, they found the suspect had been caught on video.

While the picture is not completely clear, there is hope that someone may recognize him based on what he is wearing and carrying, police said.

He is described as a man in his mid- to late-20s with a slim build, standing about five-foot-seven.

He was wearing a black hoodie, black ripped jeans, black shoes with reflective laces and carrying a turquoise bag.

Anyone with information is asked to contact the Surrey RCMP.