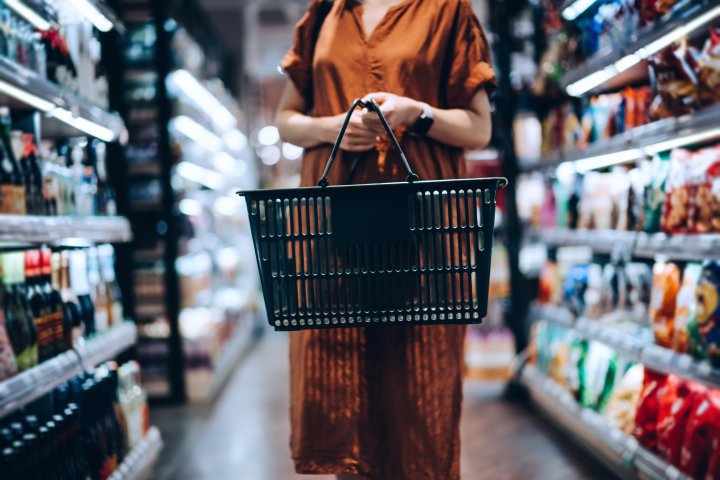 The vast majority of Canadian households, especially those with kids, are worried about feeding their families amid decades-high inflation, according to a new survey.

Polling from Ipsos conducted exclusively for Global News earlier this month shows that 72 per cent of families with kids are worried about putting food on the table after inflation hit decades-high levels of 6.8 per cent in April. That compares with 57 per cent of households without children.

And as the Bank of Canada moves to hike interest rates to cool rampant inflation, 80 per cent of households with kids are worried they won’t be able to adapt fast enough to cover expenses.

Gregory Jack, Ipsos vice-president of public affairs in Canada, tells Global News that there’s a generational divide to the findings as well. He points out that younger, working-age Canadians are increasingly stressed about finances more than their parents and grandparents who lived through the high inflationary periods of the 1980s.

“Younger Canadians are looking at a situation that they haven’t seen in their lifetime,” Jack says.

“You can see why all of this is kind of piling on all at the same time. This is a unique period in Canadian history. I mean, we haven’t had inflation this high in over 30 years.”

Personal finance expert Rubina Ahmed-Haq says today’s inflation woes are different from crises like the 2008-09 financial crash or other recent economic downturns because the pain points are touching on almost every item in the household basket.

But Ahmed-Haq says there are ways to offset soaring costs to give your kids a getaway this summer.

The biggest change you can make is adjusting the scope of your travel, she says, encouraging families to drive to their destination rather than fly.

“Definitely a driving holiday is going to cost you less, regardless of the fact that gas prices are where they are. Airplane tickets are also affected by those gas prices,” she says.

Some costs, like large vehicle or cottage rentals, can also be shared by vacationing with another family, Ahmed-Haq suggests.

The best way to ensure everyone’s satisfied with a more limited summer trip is to manage expectations by being upfront with kids about money being tight and asking them to choose one or two things they really want to do, she says.

“I know from my perspective, my kids are really young. Their focus really is on spending time with mom and dad. And so if you really see it from that perspective, it’s more about making time for them rather than buying them things when you are out there.”

The Ipsos poll also finds that as inflation rises, Canadians are increasingly looking for raises or new work to offset the price hikes.

Some 79 per cent of Canadians are concerned their salaries are not going to keep pace with inflation, according to Ipsos.

Nearly half of Canadians (44 per cent) say they’re planning to ask for a raise this year, with 39 per cent saying it would be a larger ask than usual.

Jack says it’s natural for Canadians, especially those who might be feeling the pinch of inflation the most, to seek a boost in pay right now.

“People who are a little bit more vulnerable or maybe have less money to combat the cost of inflation, this is a really stressful period … People are asking for raises and looking for their employer to help them through this difficult period,” he says.

Ahmed-Haq says that with the labour market as tight as it is — unemployment sat at a low 5.1 per cent last month — now is the right time to seek more money for your work.

It’s especially fruitful to seek that compensation from a new employer.

“If you really want to get a bump in pay, change companies,” she says.

The upside to job hunting right now, as offices being to usher workers back to the office, is the chance to find flexibility in your working conditions.

If you’re someone who’s interested in remote or hybrid work, that can be a way to save money as well, Ahmed-Haq says, as the fewer trips you’re making into the office can save on spending for gas and lunches.

“So even though one company may offer you a slightly less salary if they’re more flexible with remote work, you may be able to save more overall by having the ability to stay home three days a week, for example,” she says.

These are some of the findings of an Ipsos poll conducted between June 9 and 13, 2022, on behalf of Global News. For this survey, a sample of 1,001 Canadians aged 18-plus were interviewed. Quotas and weighting were employed to ensure that the sample’s composition reflects that of the Canadian population according to census parameters. The precision of Ipsos online polls is measured using a credibility interval. In this case, the poll is accurate to within ± 3.5 percentage points, 19 times out of 20, had all Canadians aged 18-plus been polled. The credibility interval will be wider among subsets of the population. All sample surveys and polls may be subject to other sources of error, including, but not limited to, coverage error and measurement error.