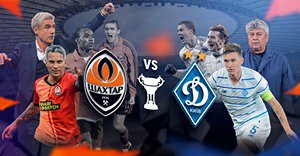 Shakhtar vs Dynamo — watch the match from Canada live! For the first time ever, FC Shakhtar will stream the major rivalry of Ukraine and entire Eastern Europe. English available. Please RSVP at https://bit.ly/3abKXOG
This is the major match in Ukrainian soccer, a battle between two giants that have won all Ukrainian league titles, except the first one, and have achieved maximum results for Ukraine in European competitions. In 1999 Dynamo stopped one step away from the Champions League final, in 2009 Shakhtar became the last UEFA Cup winners and secured independent Ukraine’s first trophy. Join us to watch together!