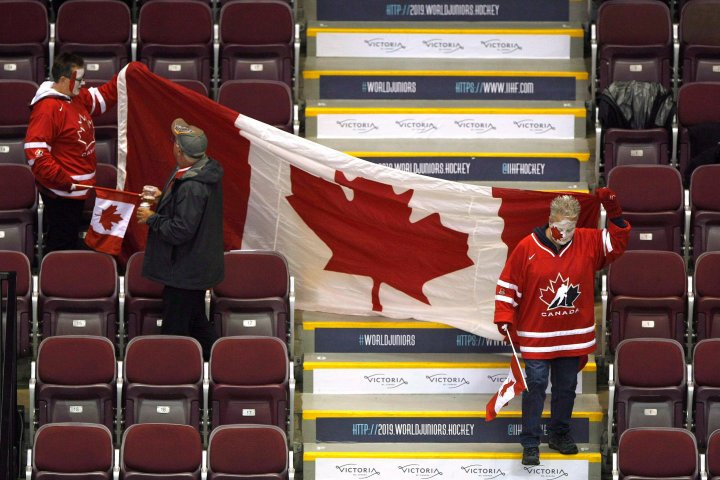 The national scandal embroiling Hockey Canada in sexual assault allegations shows how deep the “code of silence” in sports still runs — and many Canadians probably “can’t handle the truth,” says the former head of the Canadian Women’s Hockey League.

She says breaking that silence is the only way to try to fix the problem.

“I have seen it and I’ve done everything I can to try to change it in my own voice,” said Brenda Andress, former commissioner of the league and now president of SheIS, a group that works to grow and support women’s sporting leagues.

She said for many, recognizing the extent of the problem can be hard to accept.

“Being in the sports world as long as I have been, there is a code of silence. There’s a culture that we have created, and I think most of us can’t handle the truth that’s out there — that’s really going on in our sports world,” Andress continued.

“It’s time that we take a look at it in a lot deeper avenue than we’re currently doing.”

Andress was commissioner of the Canadian women’s league for 12 years.

During her tenure, she said she saw firsthand what can come with speaking out to try to protect players in an environment and a culture where the unspoken rule is “here’s the code, don’t break it, everybody stick together.”

She pointed to the “strength” it took for former Canadian NHL player Sheldon Kennedy to come forward in the late 1990s to expose the sexual abuse he faced as a young player in that league, and the apparent entrenchment of a similar culture that is the target now of more sexual abuse and assault allegations.

“How many years ago was that?” Andress said. “And here we are.”

Hockey Canada is embroiled in a national scandal over its handling of a 2018 sexual assault allegation against eight unnamed Canadian players, including members of its World Juniors championship team that year.

The organization settled that case using money from a pool of cash reportedly funded by the registration fees Canadian parents pay to have their children participate in hockey.

Since 1989, Hockey Canada has paid out $7.6 million in settlements from that fund, including the $6.8-million settlement to victims of former coach Graeme James — the convicted sexual assaulter who Kennedy and fellow player Theo Fleury name as the perpetrator of the abuse.

Hockey Canada is also facing allegations that members of its 2003 World Juniors team sexually assaulted another woman in Halifax, N.S., and police are currently investigating both that allegation and re-investigating the 2018 case that they had previously closed without laying charges.

One player from the 2018 World Juniors team, Victor Mete, recently took to Twitter to call the allegations “appalling,” adding he was not involved. Since the eight alleged perpetrators haven’t been identified, he wrote, “the incident has left an unfortunate cloud over every player who was on the Canadian team.”

Global News reached out to the agents for all players who were on the roster at the time of the alleged incident. Several players have since released public statements denying their involvement.

Hockey Canada also closed an internal investigation into the 2018 allegation, and leaders from the organization told Canadian members of the Standing Committee on Canadian Heritage that the complainant in that case had not cooperated with police.

Those officials later reversed that claim and on Tuesday, the lawyer for that woman said his client made it clear from the start that she wanted criminal charges pursued against the eight alleged assailants.

Hockey Canada has said it did not require players on the 2018 World Juniors team to participate in its internal investigation, which officials have said did not identify who might be responsible.

Greg Gilhooly, a lawyer and a survivor of sexual abuse by James, told Global News that the decision by Hockey Canada to shut that investigation down, and then suggest that part of the reason was it hadn’t heard from the woman at the heart of the allegation, was wrong.

“I think Hockey Canada dropped the ball in shutting down its investigation. You don’t need to talk to the dead person to investigate a murder,” Gilhooly said Tuesday.

“Hockey Canada had every opportunity to have every member of that team sit down and give their version of events, irrespective of whether or not the victim was participating.”

He said the fact that the woman at the heart of the 2018 allegation recently felt the need to sit for a polygraph in response to what her lawyer, Robert Talach, called attempts to “discredit” her by defence lawyers for some players highlights serious concerns about how such allegations are handled.

Those defence lawyers reportedly shared text messages and video clips with a Globe and Mail reporter last month, in which the report said the lawyers believed the woman consented.

Global News has not independently verified the content of those reported texts or videos.

Polygraph tests are not admissible as evidence in Canadian criminal trials and the tests, which measure physical elements of a stress response such as increased breath rate or palm sweat, have faced longstanding questions about whether they are a reliable metric for gauging truthfulness.

Global News sought an interview with the woman through her lawyer, but she declined.

Gilhooly said while he doesn’t place any weight on polygraphs, he believes the woman must have been feeling “desperation” if she took one.

“Fundamentally, that woman is in a difficult position. She doesn’t want to be on the front page of any newspaper — who wants to have a story like that linked to their name on a go-forward basis for the rest of your life?” he said.

“Imagine the utter desperation that the woman is feeling.”

The allegations in her lawsuit against Hockey Canada have not been tested in court.

With files from Global’s Abigail Bimman and David Baxter.