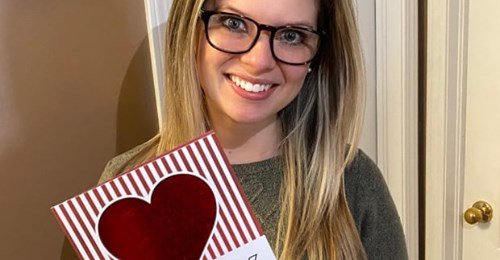 Teacher Jenna Pacheco knew she had to celebrate Valentine's Day with her class this year.

But many school boards, including Waterloo Region and Upper Grand, told parents not to send cards or candy due to COVID-19 risk. So teachers and students have had to invent creative, distanced alternatives. Even harder when you are teaching online, like Pacheco.

She decided to have her grade four class make virtual Valentines' cards for frontline workers and patients at the Guelph General Hospital.

"I really wanted to do something to show our appreciation and our love," said Pacheco, who teaches with the Wellington Catholic District School Board.

Students penned original poems, thank you notes and decorated their cards with hearts and clip art of doctors and smiley faces. Pacheco has asked teachers from other virtual classes in the board to do it too. She plans to email all the cards to the hospital, which will put them in its newsletter and print them for patients.

"I really think it'll help brighten their day up a little bit." 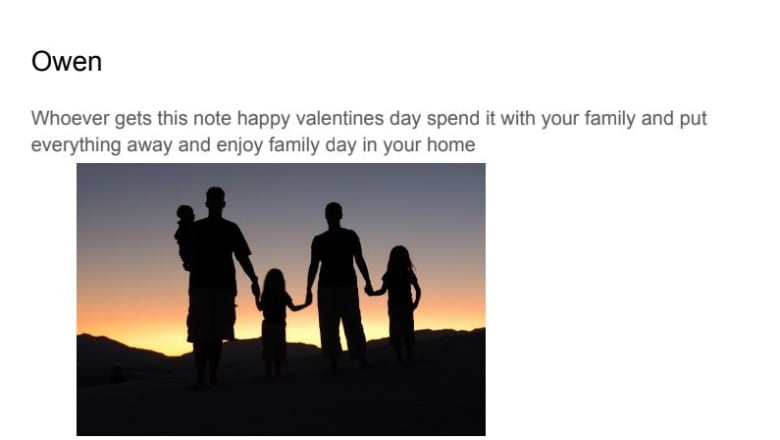 It took him a bit of time to brainstorm what he was going to write: "I was like saying different poems that I could think of in my head and then I found that one."

Selena Moscoso, who is about to turn 10, settled on a simple message: 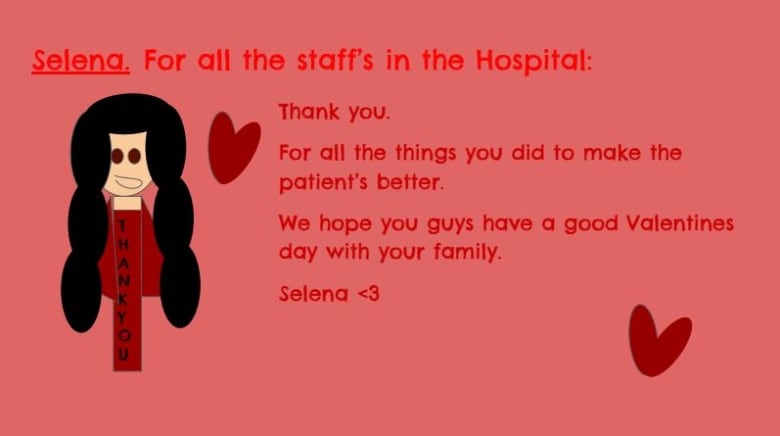 She remembers last Valentine's Day, she was at "real school" watching movies and eating candy, but now she's "stuck at home."

"It makes me feel quite different from the past," she said. "I'm feeling in between."

Kyla Ross said she wanted to write a "small, nice poem." Here's what she came up with: 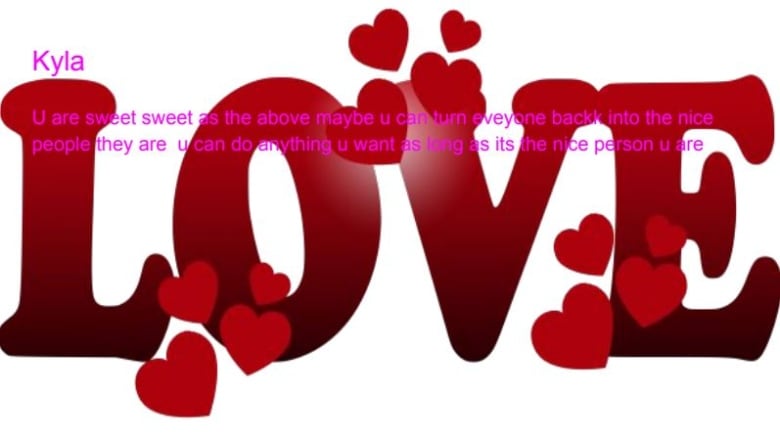 A different kind of Valentines
Grade three teacher Rolland Chidiac returned to school in-person this week. He's been teaching 20 years and has never let the holiday pass without a classroom celebration.

Usually by now, his classroom would be decorated in red, pink and white, each desk outfitted with a bag for Valentines' cards and candy. But he too has had to tell students to keep it at home.

"It's not as difficult to deal with because Halloween was different. Thanksgiving was different. Getting ready for Christmas was different," said Chidiac, who teaches at St. John's Catholic Elementary School in Kitchener.

"The kids … have just gotten used to the fact that everything we're doing is different."

He has also gotten his students to make virtual Valentines' cards and plans to teach about Saint Valentine and the history behind the day. Students are encouraged to wear Valentines' colours — Chidiac has already picked out a red sweater.

You can see more of the students' virtual Valentines' below. CBC News 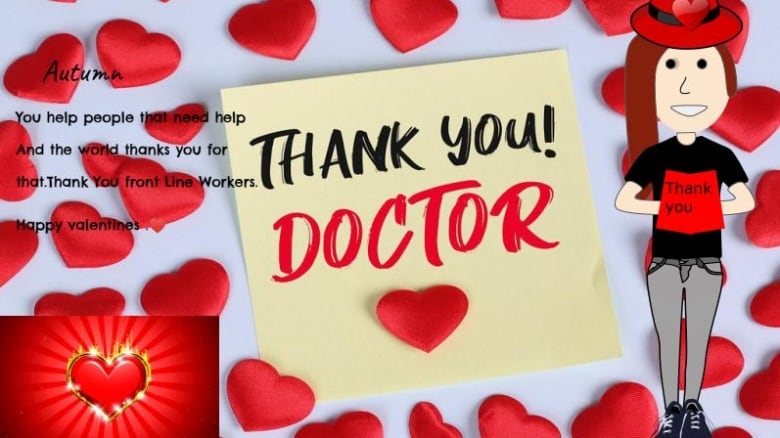