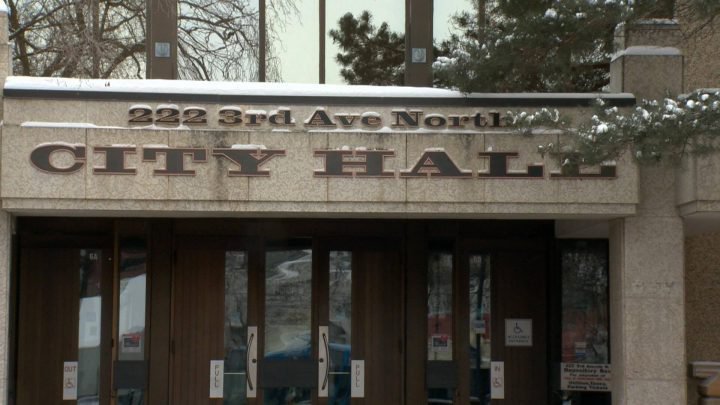 A report outlining what options the City of Saskatoon has when public concerns are raised about council members was delivered at Monday’s Governance and Priorities Committee.

A motion was brought forward on Oct. 24 to create this report from Mayor Charlie Clark, who said this was in response to allegations concerning councillor Randy Donauer.

Coy Nolin, a former student of Legacy Christian Academy, alleged that Donauer struck him with a wooden paddle while he was attending Living Waters Bible Camp.

None of the allegations have been tested in court, and Donauer is not currently named in a class-action suit.

“I was spanked. Afterwards, we talked about what I did was wrong and, you know, (how I) have to be more of a man of God, and gossip is not something that is permitted,” Nolin said.

Nolin added that the paddling happened in 2003. Corporal punishment was banned by the Supreme Court of Canada in 2004.

Donauer sent a statement back in October to Global News.

“I deny any wrongdoing. If any of these unsubstantiated assertions are made against me, I will vigorously defend them,” read the statement.

The report to the committee said that council members can be disqualified, listing the reasons:

“These are the only reasons that a member of City Council can be disqualified or removed from office during their elected term,” read the report.

City Solicitor Cindy Yelland said a code of ethical conduct is in place that outlines the basic ethical standards and values for council members, noting that an integrity commissioner investigates and enforces that code.

“The integrity commissioner is an external third party who has a number of duties under the code. One of those duties is to receive and investigate complaints under that code,” Yelland said.

The report listed some of the integrity commissioner’s duties, including:

Yelland said if an integrity commissioner finds that the code has been violated, they will report to city council, and recommendations will be given for possible sanctions.

The list of sanctions in the report include a letter of reprimand, requesting the member issue a letter of apology, requiring a member to attend training, or suspending or removing the member from council committees and other bodies.

“However, to be clear, members of council cannot be removed from office for violations of the code,” Yelland said.

It was noted in the Oct. 24 committee meeting that nothing new would come from this report, but it would be an easily accessible document outlining what the city can and can’t do.