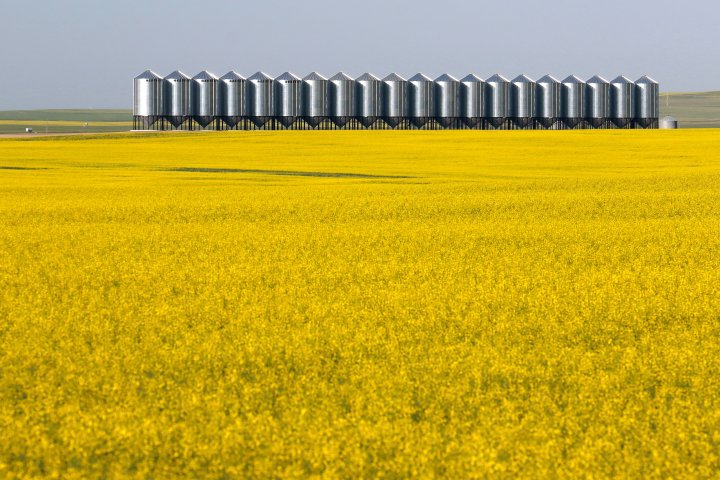 “It’s going to have a devastating impact to Canadian farm families and their ability to produce food. There will be a massive reduction in yield,”  said Foothills MP John Barlow.

The proposal to help lower Canadian GHG levels by slashing nitrogen fertilizer application emissions by 30 per cent was first mentioned as part of the “A Healthy Environment and Healthy Economy” plan in 2020.

“That will make farming economically unsustainable in Canada. That is going to increase food costs as a result of lower yield,” Barlow said.

“Farmers across Canada have done everything they can to be as efficient and environmentally sustainable as possible. But reducing fertilizer use will force them to go back to tilling, using other chemicals and do more passes on their land which increases emissions.”

The fertilizer emissions proposal is part of Canada’s larger plan to curb human-caused carbon emissions 40 to 45 per cent below 2005 levels by 2030.

The UN’s Intergovernmental Panel on Climate Change has stated to keep global warming below 1.5°C above pre-industrial levels, net human caused emissions of CO2 will need to fall 45 per cent below 2010 levels by 2030 and reach net-zero around 2050 around the globe.

Noting nitrous oxide, has a “global warming potential” 265 to 298 times greater than carbon dioxide, the federal government has stated goals of reducing emissions from synthetic fertilizers by approximately 4Mt of CO2e by the end of the decade  — equal to approximately half a per cent of Canada’s overall CO2 emissions according to government figures.

Canadian Federation of Agriculture second vice-president Todd Lewis said while more communication is needed about exactly how the government wants farmers to measure and implement its strategy, the idea of having to reduce fertilizer use is concerning.

He said reducing fertilizer while getting the same yield is “a great goal” but was skeptical it could be achieved within the proposed timeline.

“Over time I think with genetics, with different technologies to apply fertilizer for instance, different types of fertilizer we may be able to drop emissions without dropping yield,” he said.

“But that doesn’t happen overnight. And when you talk about a fertilizer reduction, that’s immediate.”

He agreed that Saskatchewan farms could suffer as a result of the plan.

“Saskatchewan has led the way as far as efficient agriculture and we really are world leaders,” said

“When you hear straight out fertilizer reductions, that starts to hurt yields and if it hurts yields it’s gonna hurt our bottom line and make it more difficult to be sustainable in our industry.”

But the federal government says “in order to achieve a concrete reduction in overall emissions, the target is established relative to absolute emissions rather than emissions intensity.”

“The Government of Canada has been clear that the objective of the national target for fertilizers is to reduce emissions, and that the primary method to achieve this is not to establish a mandatory reduction in fertilizer use that isn’t linked to improved efficiency and maintaining or improving yields,” it says in its discussion paper on the subject.

“Rather, the goal is to maximize efficiency, optimize fertilizer use, encourage innovation, and to work collaboratively with the agriculture sector, partners and stakeholders in identifying opportunities that will allow us to successfully reach this target.”

In the paper, the federal government admits that “significant uncertainties remain which suggest that, even if BMPs are as successful as anticipated and are fully adopted, the cumulative reduction at a provincial level (for example) may be less than the estimated potential.”

It notes that estimates are based on small-scale experiments “and may not be realized in every region or every condition at real scale.”

“Estimates are relative, meaning they assume a comparison between standard and enhanced practices,” the paper’s caveats read.

“Some or even many of these practices are already in use, therefore limiting the potential for further reductions. For example considerable effort on the prairies to move farmers to the 4R approach, and most farmers in the Prairies are already using conservation or no tillage.”

Representatives from groups like SaskCanola, SaskWheat, SaskBarley, Saskatchewan Pulse Growers, the Agricultural Producers Association of Saskatchewan and the Canadian Federation of Agriculture were joined by Barlow as well as Regina-Lewvan MP Warren Steinley and Regina-Qu’Appelle at the meeting.