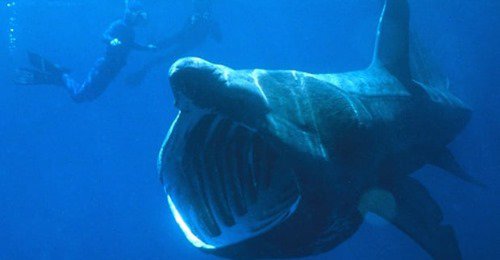 Whenever Scott Wallace heads out on the Pacific Ocean off the coast of British Columbia, he hopes it will be the time when he finally sees a basking shark, an endangered species which once cruised in large numbers in plankton-rich waters.

"It's like a mythical animal for me because I've never seen one here … when I do hear about them I get a sense of optimism," said the scientist about the second-largest fish in the world next to the whale shark.

It's been a decade since the Canadian government deemed basking sharks endangered, which created legal protections to help them recover, but it could take a lot more time for the fish to return to its former prominence here.

Wallace, a senior research scientist with David Suzuki Foundation, became fascinated with basking sharks while living on the southwest coast of Vancouver Island to study historical ecosystems. He heard stories about the giant, harmless sharks that once gathered in large numbers in the area.

The animals, which can grow up to 10 metres in length, have a huge gaping mouth they open as they swim to consume tiny plankton and are considered an important part of B.C.'s biodiversity. 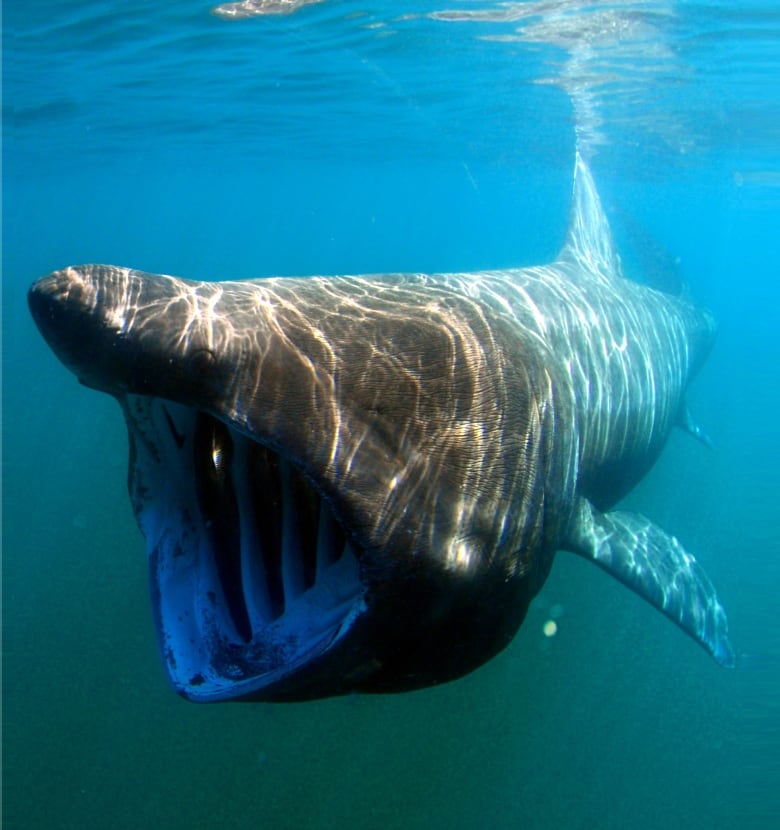 Wallace has seen the shark in the water while on a dive off the Isle of Man in the UK where they still gather in numbers.

"You can see their fins coming at the surface and eventually right in front of you there's this huge like 5-foot gap, wide mouth just kind of comes streaking by you," he said. "It worries you, but it's pretty amazing to see them feeding like that."

Basking sharks were once so common in B.C.'s waters that they were deemed a nuisance for fishers and boaters. An eradication program was devised, which involved a special blade on the bows of vessels that would slice through the sharks to kill them. 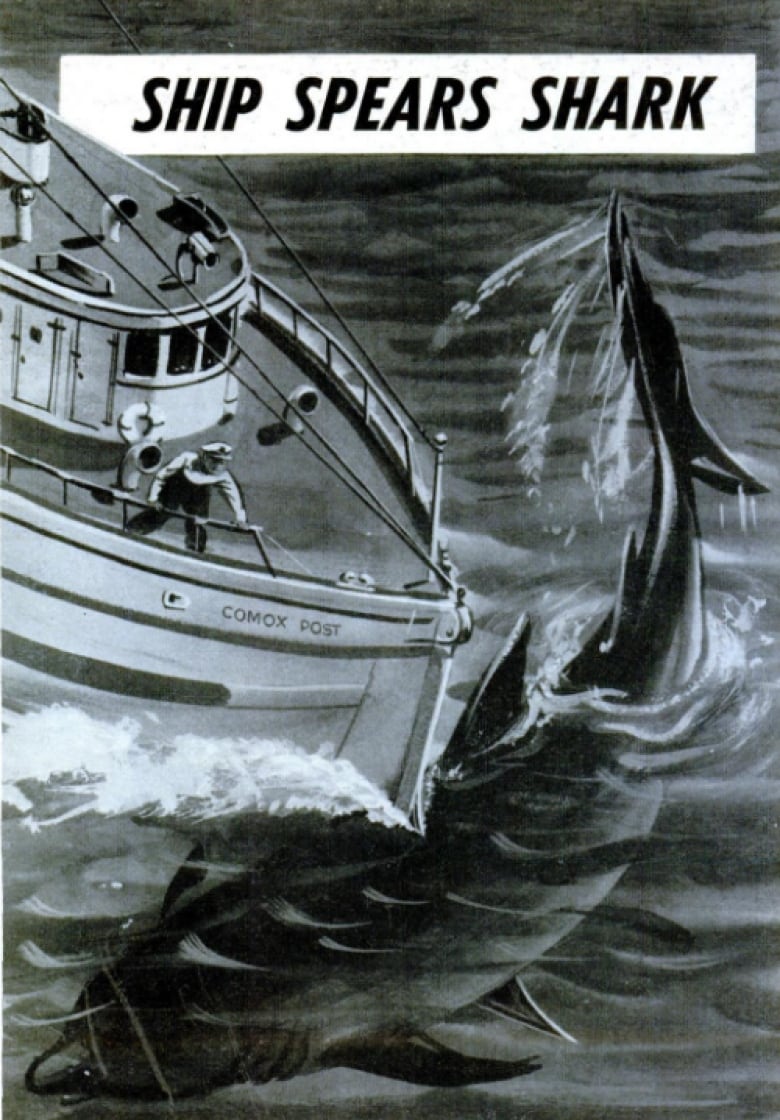 What did we squander?'
Wallace ended up publishing a book about their history in B.C. in 2006 called Basking Sharks: The Slaughter of B.C.'s Gentle Giants.

"What did we squander here with our ignorance?" he said.

Scientists estimate that the eradication program from 1955 to 1969 destroyed up to 90 per cent of the basking sharks that would swim into B.C. during summer, coming up from Mexico, along the California coast.

It's been Jackie King's job to try to get a sense just how many basking sharks may come and go now. She's a scientist with Fisheries and Oceans Canada and has spent considerable time in the water and flying in airplanes searching for the shark.

Despite all the effort, she's never seen one.

"I think that is one of life's ironies is that I have never seen a basking shark," she said.

Sighting of rare giant basking shark in B.C. thrills scientists
King is not pessimistic though about the shark's future in B.C.

It's estimated that there are between 300 and 550 of the sharks living and feeding between Mexico and B.C. and even though there have been only two to three sightings in B.C. each year for the past decade, those sightings have not decreased.

"I would be happier if they were going up," she said. "It makes me happy that they are not going down. Static is at least stable."

'Breathtaking'
Florian Graner is someone lucky enough to have seen a basking shark in the Pacific along the B.C. and Washington border.

It happened in 2009 when the marine biologist, who works on natural history documentaries, was out on the water off Washington State's west coast.

He had previously filmed the animals off the coast of Cornwall, England, so he knew the fins he was seeing poking above the surface belonged to basking sharks.

"My encounter was purely by luck," he reported to King of the incident at the time.

He managed to get in the water and film what he believed were four different sharks. One of them was close to eight metres in length.

"They are breathtaking," he said. "It was really rare … I have not seen them since myself." 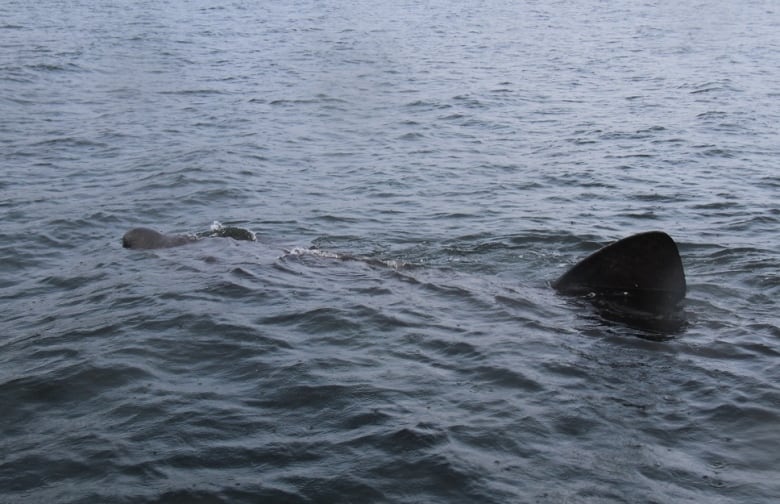 Graner hopes sightings like this will continue, but admits that it could take several more decades for numbers to increase. The animals have a low birthrate but can live up to 50 years.

The other concern for Wallace is that if the sharks do show up in a group all of a sudden, will fishers know not to drop fishing gear near them, which is part of the rules in place to protect them.

"If they did show up in a group of 20 or 30 back in an area that they used to be found, Barkley Sound or Clayoquot Sound or Rivers Inlet, somewhere  … would we be prepared to suddenly close down all fisheries that may interact with them?" he said.CBC