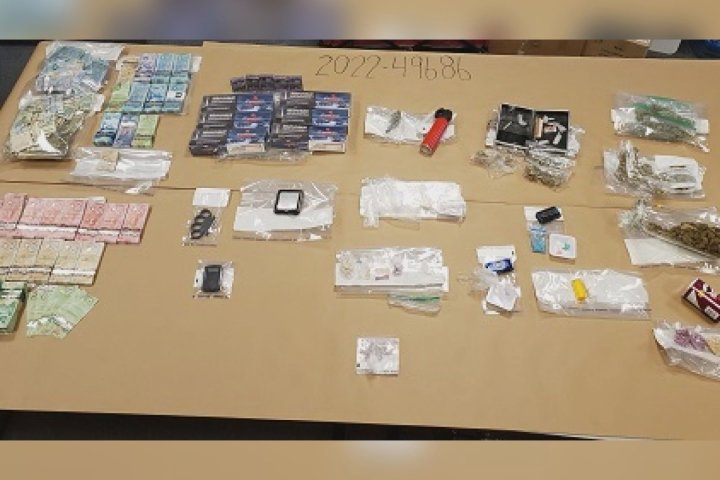 Large amounts of drugs and around $150,000 was seized by Surrey RCMP investigators in a search at a convenience store.

“The search warrant was part of an ongoing investigation focused on criminal activity due to numerous complaints of drug trafficking and violent incidents, linked to the illicit drug trade in the area surrounding the store,” said Const. Sarbjit Sangha.

“(An) investigation led police to believe that the business was being used to facilitate drug trafficking in the area.”

Surrey RCMP said investigators “will be recommending charges against at least four (people) for trafficking and possession for the purposes of trafficking an illicit substance.”

“The fentanyl alone represents over 2,000 potentially fatal doses taken off our streets,” Sangha said. “We will be keeping a close eye on this location, which has been a hot spot for drug dealing and violence.”