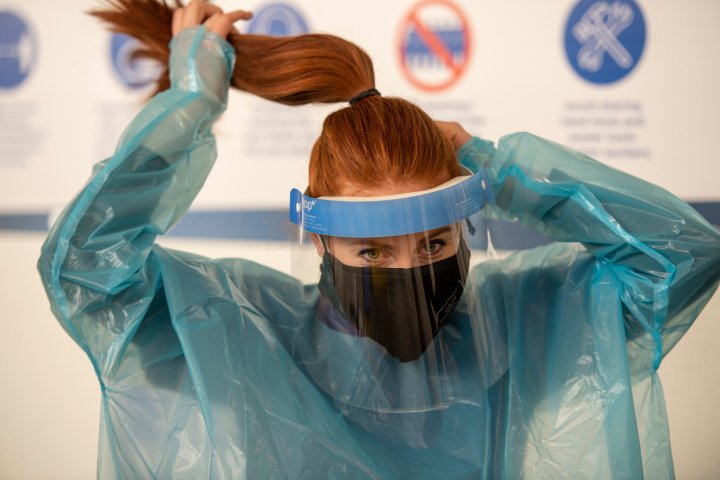 Quebec’s auditor general says the province overpaid on personal protective equipment during the early stages of the COVID-19 pandemic by almost $1 billion.

Guylaine Leclerc’s new report says the provincial government was unprepared for the pandemic and rushed into purchasing equipment at high prices.

She says that by the end of March 2021, the value of the equipment purchased by the province had dropped by $938 million.

Leclerc says of that amount, the province lost $671 million in the value of its stockpile and another $267 million connected to contracts for equipment and prepaid orders.

She says the government should have acted faster to procure equipment, noting that the first bulk purchases were made on March 22, 2020, despite the fact the first infections in the province were detected on Feb. 27 of that year.

The auditor general adds that the government has launched lawsuits valued at $170 million in connection with equipment orders that were never delivered or faulty.