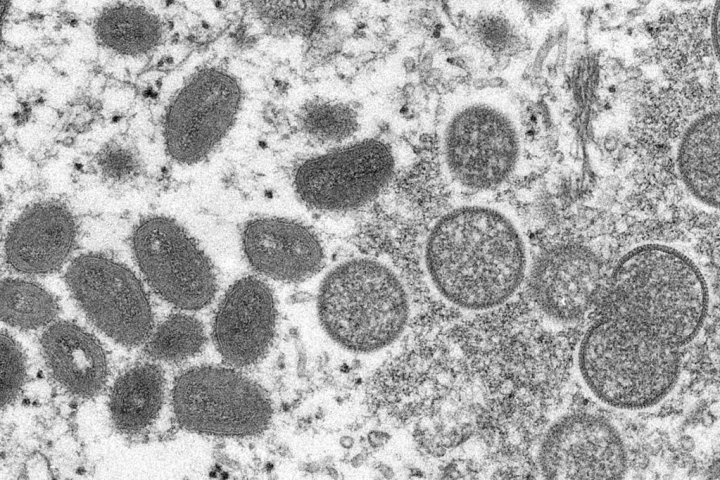 Quebec officials are reporting another 13 confirmed cases of monkeypox on Thursday for a total of 184 cases in the province since the start of the outbreak.

Quebec’s health department says 6,591 doses of vaccine have been administered since May 27 to curb the outbreak. The province has the highest number of infections of the disease in the country.

Montreal’s vaccination campaign has been expanded to all men who have sex with men and can be administered before or after exposure to the disease.

Smallpox vaccines have proven effective in combating the monkeypox virus. Vaccinations are done by appointment in Quebec.

Symptoms of monkeypox include fever, night sweats, headaches, joint or muscle pain and swollen glands. The rare disease comes from the same family of viruses that cause smallpox, which the World Health Organization declared eradicated around the globe in 1980.

The virus is transmitted by prolonged close contact. It can spread as soon as symptoms appear, until the scabs covering the skin lesions have fallen off and a layer of healthy skin has formed.

Monkeypox generally does not spread easily between people and is transmitted through prolonged close contact via respiratory droplets, direct contact with skin lesions or bodily fluids, or through contaminated clothes or bedding.

The incubation period is usually five to seven days, but can last up to 21 days.

Health officials say people should therefore monitor themselves for symptoms up to 21 days after having close contact or sexual relations with an infected person or a person with symptoms.

On Thursday, the WHO convened its emergency committee to consider if the spiraling outbreak warrants being declared a global emergency.