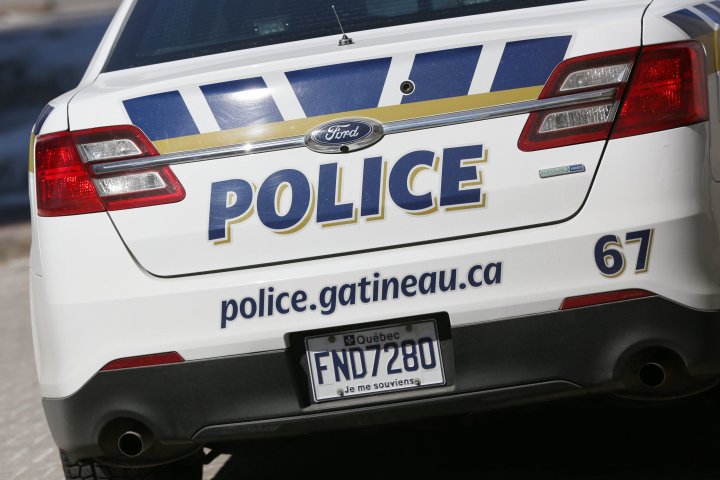 Warning: This story deals with disturbing subject matter that may upset or trigger some readers. Discretion is advised.

The Quebec director of prosecutions has filed a notice to appeal a decision by another judge in the province to grant a conditional discharge to a man who pleaded guilty to harming a woman, with career impacts of a conviction cited as a factor.

Audrey Roy-Cloutier, spokesperson for the Directeur des poursuites criminelles et pénales (DPCP), confirmed in an email to Global News on Thursday night that a notice of appeal has been submitted.

“The victim was notified by the prosecutor,” Roy-Cloutier said in French.

“In light of the above, the DPCP cannot comment further on this case at this time.”

The case in question involves a Gatineau man, Joshua Schoo, who pleaded guilty on July 6, 2021, to one count each of assault, uttering a threat to cause death or bodily harm, and assault causing bodily harm.

Court documents reviewed by Global News describe Schoo and the female victim as “estranged spouses still living under the same roof with their four children” at the time of assault on March 6, 2021.

Those court documents lay out the sequence of events in the violence, and say that it was the pair’s 13-year-old daughter who called police. When they arrived, Gatineau police heard screaming, found the door to the master bedroom in the house broken down, and found Schoo on top of the woman.

She was screaming on the bed, and Schoo “had both his hands on her face, near her neck,” the court records state.

“The victim gave a video statement explaining that the Respondent placed a pillow on her face to suffocated her while saying: ‘I’m gonna beat the shit out of you,'” the records added.

An agreed upon statement of facts in the case says the victim was left with bruising on her elbows, upper arms, shoulders and throat, and that she said she “thought I was going to die.”

Their four children witnessed the attack, the court records say, and continue to struggle as a result.

While the Crown asked for a sentence of six months behind bars, judge Serge Laurin granted a conditional discharge with three years of probation, saying that Schoo was “very affected” by the four days he spent in jail before being released on bail.

“The Court believes that it is not in the public interest that Mr. Schoo loses his job and cannot assure the subsistence of his family.”

Under the conditions of the discharge, Schoo won’t be allowed to contact the victim, must complete 250 hours of community service, and make a $5,000-donation to a local organization that works with men who commit or are at risk of committing domestic violence.

The Quebec Crown is arguing that Laurin made “significant errors” and that his decision to grant the conditional discharge was “unreasonable and unfit” because it did not meet sentencing principles laid out in the Criminal Code, including the need to “denounce and deter accused who commit an offence towards their intimate partner.”

According to Section 730 of the Criminal Code, conditional discharges are supposed to be granted only when a court finds they are “in the best interests of the accused and not contrary to the public interest.”

Such a discharge means that the person pleading guilty will not have a criminal conviction, which would result in a criminal record, if they adhere to the conditions laid out in their case — typically conditions such as attending therapy, doing community service, or having no contact with stated individuals.

Prosecutors also said that Laurin’s decision did not give “enough weigh to the significant impact the assault had on the victim and their children,” and that he erred in “concluding that a criminal record would result in the accused losing his employment.”

According to the court records, Schoo “does not want to have a criminal record, to visit his sister who is living in the United States, where he is spending some holidays with his children, and does not want his career at the City of Ottawa to be ruined.”

Global News reached out to the City of Ottawa asking whether Schoo has or will be placed on leave from his job in maintenance.

A spokesperson for the City said they do not comment on personnel matters, and that they would require more time to respond when asked if the City planned to provide any additional mental health or wellness resources to coworkers who may feel unsafe working with Schoo.

The case is the second prominent matter in recent months of a Quebec judge granting a conditional discharge to a man who pleaded guilty to hurting a woman, and citing career impacts as a reason.

Quebec judge Matthieu Poliquin granted the discharge to Simon Houle in June, after Houle pleaded guilty to a 2019 sexual assault of a sleeping woman. In his decision, Poliquin said Houle’s assault happened “all in all quickly” and that a criminal conviction would hamper his prospects.

“A sentence other than a discharge would have a significant impact on his career as an engineer,” Poliquin wrote, adding: “It is in the general interest that the accused, an asset for society, can continue his professional career.”

Since issuing that decision, Poliquin has been the subject of protests by hundreds of Quebecers condemning him and decrying what they have described as a lack of justice.

Experts have warned that while the use of conditional discharges is supposed to be limited to cases  avoiding a criminal conviction in the interests of both the guilty person and not be contrary to the greater public interest, the definition of the latter has not been clearly established.

Global News asked Attorney General and Justice Minister David Lametti’s office whether he believes the legal standards and thresholds for determining when conditional discharges are not contrary to the public interest need to be clarified.

“Candidates seeking federal judicial appointments to Superior courts must now agree to participate in continuing education on sexual assault law and social context, including systemic racism and discrimination. This is an eligibility requirement for all new candidates,” said David Taylor, director of communications for the minister, in an email.

“The existing understanding of public interest allows courts to rely on precedent, as well as specific facts and context when addressing matters before them. It is not a fixed or static concept.”