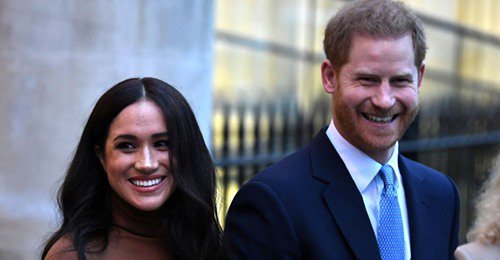 It's official and ever so final: Prince Harry and Meghan Markle will not be turning to their roles and duties as royals, as confirmed by Buckingham Palace in a statement on Friday.

"The Duke and Duchess of Sussex have confirmed to Her Majesty The Queen that they will not be returning as working members of The Royal Family," the statement reads. "Following conversations with The Duke, The Queen has written confirming that in stepping away from the work of The Royal Family it is not possible to continue with the responsibilities and duties that come with a life of public service."

This also means Prince Harry will lose his honorary military appointments, which will be redistributed "among working members of The Royal Family."

The statement concludes, "While all are saddened by their decision, The Duke and Duchess remain much loved members of the family."

Despite no longer using them, one thing Prince Harry and Meghan will keep is their His/Her Highness titles and Duke and Duchess of Sussex titles.

None of this, of course, is a surprising turn of events. When the couple "stepped back" from the royal family in March 2020, it seemed unlikely they'd be returning any time soon, having made such a groundbreaking move.

Once they did make their literal departure, moving from the U.K. to the U.S., a 12-month review was initiated by the royal family. Today's decision arrives a month early, and it's largely based on the couple's commercial partnerships, which have allowed them to be financially independent. That, and rumour strongly has it, the Queen is no fan of family who keeps one foot in, and one foot out.

A statement on behalf of the couple themselves, via ITV, reads they “remain committed to their duty and service to the U.K. and around the world, and have offered their continued support to the organizations they have represented regardless of official role.”

“We can all live a life of service," the statement continues. "Service is universal.”

In fact, the Prince, 36, still has his Invictus Games Foundation, his personal charity Sentebale, and he will continue working with WellChild. Markle, 39, still has her animal welfare charity Mayhew, and Smart Works Charity.

The couple, who will likely offer more details in their upcoming television special with Oprah Winfrey, have since made their home in California, and are expecting a second child, joining brother Archie. In other words, it kinda sounds like they're thriving. CTV