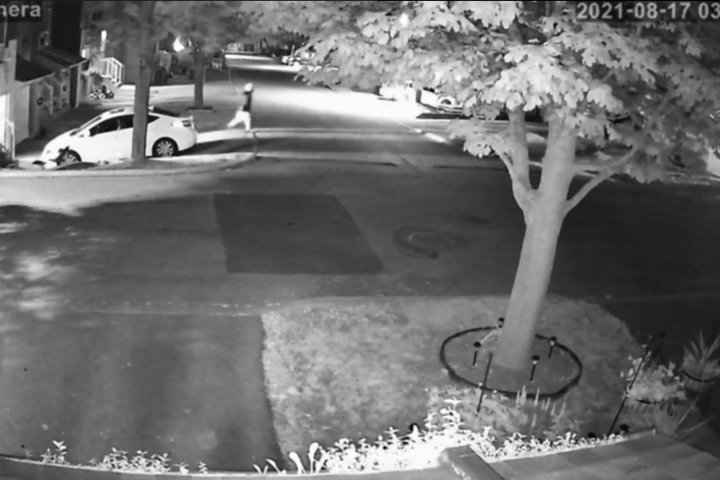 Police have released security camera footage of a suspect tied to an arson investigation on Hamilton Mountain dating back to last summer.

The office of the Ontario Fire Marshall and Hamilton Police (HPS) say a house fire that started around 4 a.m. in the area Essling Avenue and Upper Wentworth Street on August 17, 2021, has been categorized as suspicious.

“The CCTV footage shows the suspect enter a garage, intentionally start a fire and then (leave) the area on foot,” police said in a release.

The images suggest a male suspect is involved.

HPS is seeking the public’s help in identifying the man.

Anyone with information can pass it on to investigators at 905-540-5085 or with Crime Stoppers.