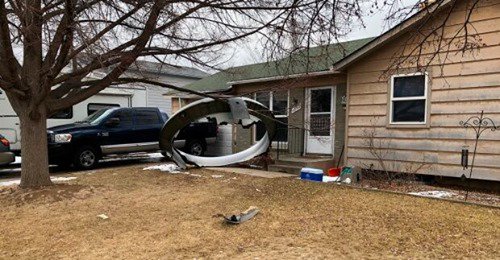 Debris from a United Airlines plane fell onto Denver suburbs during an emergency landing Saturday after one of its engines suffered a catastrophic failure and rained pieces of the engine casing on a neighborhood where it narrowly missed a home.

The plane landed safely, and nobody aboard or on the ground was reported hurt, authorities said.

The U.S. Federal Aviation Administration (FAA) said in a statement that the Boeing 777-200 returned to the Denver International Airport after experiencing a right-engine failure shortly after takeoff. Flight 328 was flying from Denver to Honolulu when the incident occurred, the agency said.

United said in a separate statement that there were 231 passengers and 10 crew on board. The airline released no further details.

The Broomfield Police Department posted photos on Twitter showing large, circular pieces of debris leaning against a house in the suburb about 40 kilometres north of Denver. Police are asking that anyone injured come forward. 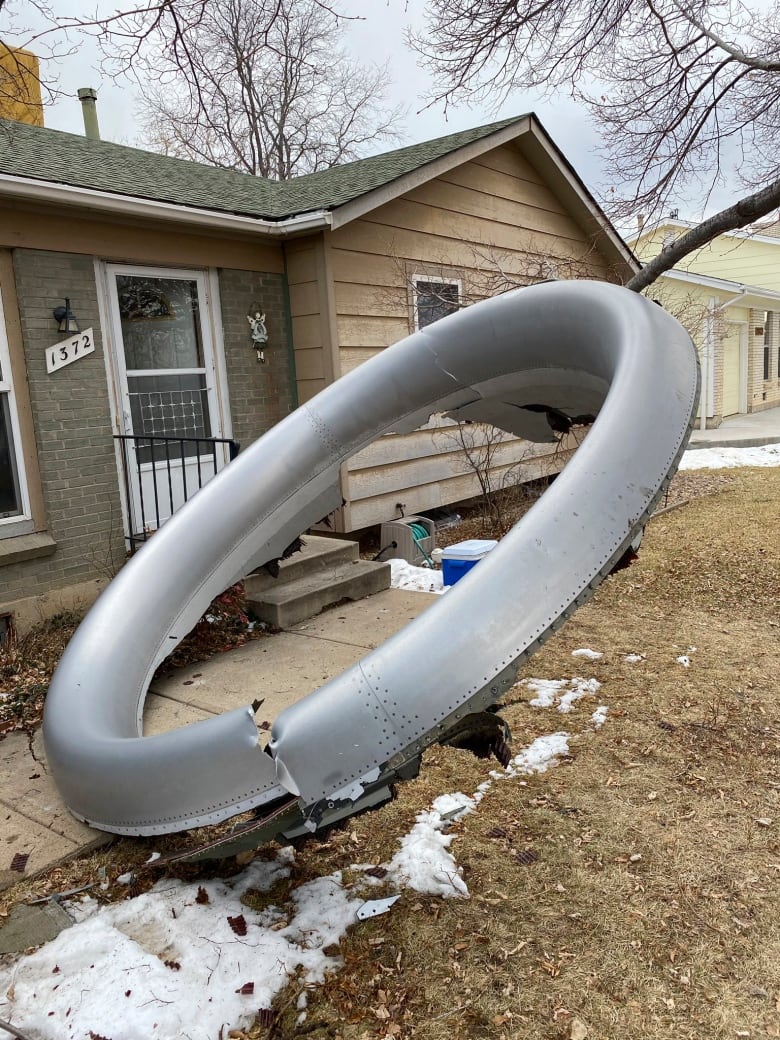 Tyler Thal, who lives in the area, told The Associated Press that he was out for a walk with his family when he noticed a large commercial plane flying unusually low and took out his phone to film it.

"While I was looking at it, I saw an explosion and then the cloud of smoke and some debris falling from it. It was just like a speck in the sky and as I'm watching that, I'm telling my family what I just saw and then we heard the explosion," he said in a phone interview.

Thal said he was relieved to learn later that the plane had made a safe landing.

Video posted on Twitter showed the engine fully engulfed in flames as the plane flew through the air.

Kirby Klements was inside with his wife when they heard a huge booming sound, he said. A few seconds later, the couple saw a massive piece of debris hurtle past their window and into the bed of Klements' truck, crushing the cab and pushing the vehicle into the dirt.

He estimated the circular engine cowling at 4.5 metres in diameter. Fine pieces of the fibreglass insulation used in the airplane engine fell from the sky "like ash" for about 10 minutes, he said, and several large chunks of insulation landed in his backyard.

"If it had been 10 feet different, it would have landed right on top of the house," he said in a phone interview with the AP. "And if anyone had been in the truck, they would have been dead."

"That unbalanced disk has a lot of force in it, and it's spinning at several thousand rotations per minute ... and when you have that much centrifugal force, it has to go somewhere," he said in a phone interview.

Pilots practice how to deal with such an event frequently and would have immediately shut off anything flammable in the engine, including fuel and hydraulic fluid, using a single switch, Cox said. 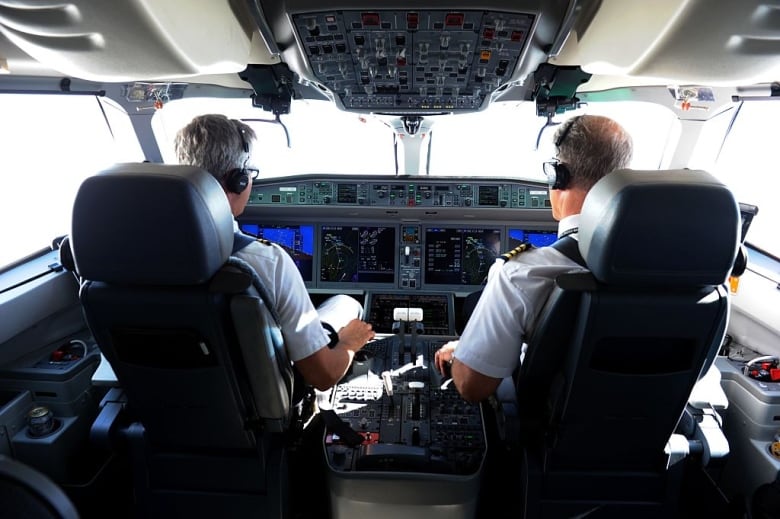 Former National Transportation Safety Board chair Jim Hall called the incident another example of "cracks in our culture in aviation safety [that] need to be addressed."

Hall, who was on the board from 1994 to 2001, has criticized the FAA over the past decade as "drifting toward letting the manufacturers provide the aviation oversight that the public was paying for." That goes especially for Boeing, he said.

Despite the scary appearance of a flaming engine, most such incidents don't result in loss of life, Cox said.

The last fatality on a U.S. airline flight involved such an engine failure on a Southwest Airlines flight from New York to Dallas in April 2018. A passenger was killed when the engine disintegrated more than 30,000 feet above Pennsylvania and debris struck the plane, breaking the window next to her seat. She was forced halfway out the window before other passengers pulled her back inside.

In that case, the breakdown was blamed on a broken fan blade in an engine of the Boeing 737. The Federal Aviation Administration ordered airlines to step up inspections of fan blades on certain engines made by CFM International, a joint venture of General Electric and France's Safran S.A. 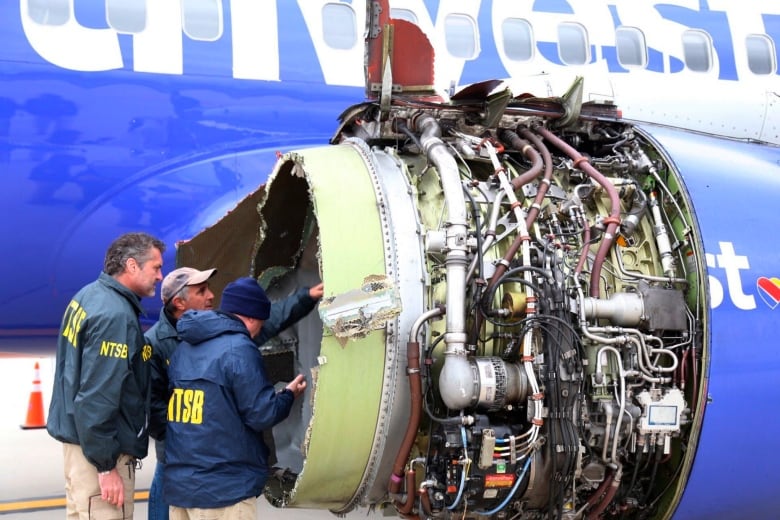 In 2010, a Qantas Airbus A380 suffered a frightening uncontained engine failure shortly after takeoff from Singapore. Shrapnel from the engine damaged critical systems on the plane, but pilots were able to land safely. The incident was blamed on the faulty manufacturing of a pipe in the Rolls Royce engine.

"The flames scare the hell out of everybody. But they are the least of the problem because you're going to get them put out and you're going to shut off everything that can burn," Cox said. CBC