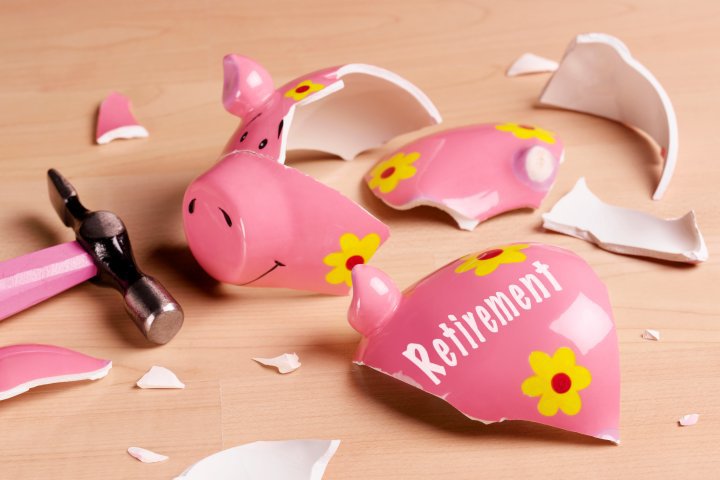 Protests erupted in France this week against plans to raise the retirement age, with experts saying that people don’t want to defer their retirement any longer.

While the nationwide strikes have been unique to the situation in France, some experts say the events still underscore the fact that retirement as a general concept is changing, with people in Canada and elsewhere having to rely on themselves more than they ever have.

“A lot of times a country will move those ages forward because they feel they don’t have the resources to pay the pension obligations that they’ve set the system up for. And the idea that your country can’t afford to pay you is something that makes people very nervous and understandably so,” said Millie Gormely, a certified financial planner (CFP).

Gormely says it’s “wonderful” that Canada and a lot of other countries across the world have a social safety net, but “it can be taken away and things are going to change” — and they already are.

“I think retirement as a general concept is changing a lot. The idea of leaving school when you’re 19 or 20 years old, you go work in a factory, you stay there for 30 years, they give you a gold watch and a pension, and then you sit on the front porch whittling for a few years until you die. That’s just not the norm,” Gormely told Global News.

There are two types of pensions, according to the federal government’s website. One is the Canada Pension Plan (CPP), which is “a monthly, taxable benefit that replaces part of their income when one retires and receives it for the rest of their life.”

The other type is Old Age Security (OAS), which is “a monthly payment a Canadian can get if they’re 65 and older.”

“In some cases, Service Canada will be able to automatically enroll them for the OAS pension. In other cases, a Canadian will have to apply for the Old Age Security pension.”

What’s happening now, Gormely explains, is that a lot of her clients have to think about transitioning to work part-time for a few years, picking up another project, starting a business, and incorporating those kinds of ideas into their retirement plans because simply relying on a government pension isn’t enough.

“It’s not that much money. And if that’s the only money that you have, you’re going to have a hard time, so, if anything, that underscores how important it is for people to be preparing for their retirement outside of what they can expect from the government,” Gormely said.

A lot of companies aren’t even offering pension plans anymore, she points out.

“Saving up your own money to take care of yourself in the future is going to be very important for those of us who don’t have company pensions. And for younger people, especially, the sooner you start, the better off you’ll be,” she said.

An advice-only financial planner, Jason Heath, says there are more people who are stressed going into retirement as compared with previous generations.

“Retirement is just going to be much longer for a 35-year-old today than it was for their parents or grandparents. So they may need to anticipate retiring longer or saving more for retirement. But hopefully, they’ll also have a long retirement and a healthy retirement as well, just due to health advances and maybe a longer life expectancy,” said Heath.

Amid the worsening global economy, he said people are not very optimistic about their financial futures, so any talk about retirement deferral proposals is going to be frustrating.

There are also more people working past the Canadian retirement age of 65, according to Heath, because there are many people who are not covered by pension plans.

“Those days are long gone. People are often saving on their own,” said Heath.

Gormely says the fact that workplaces are offering flexible working arrangements like having employees work from home or only come to the office for a few days is also making it much easier for people to access the workforce.

“I think a lot of people who have the ability to adapt to different working conditions and make them work for them, that’s going to keep them in the workforce longer than they otherwise might have been,” she said.

With those workplace changes taking place, she expects that when and how people will retire is going to continue changing.

“We don’t know exactly what’s going to happen in the future. But those trends that we’re seeing now, like being able to work from home and having more industries today that didn’t exist 15 years ago, somebody is going to be able to pick that up and run with it,” said Gormely.

— with files from The Associated Press