Parents should discuss depression, anxiety and even suicide with kids: experts 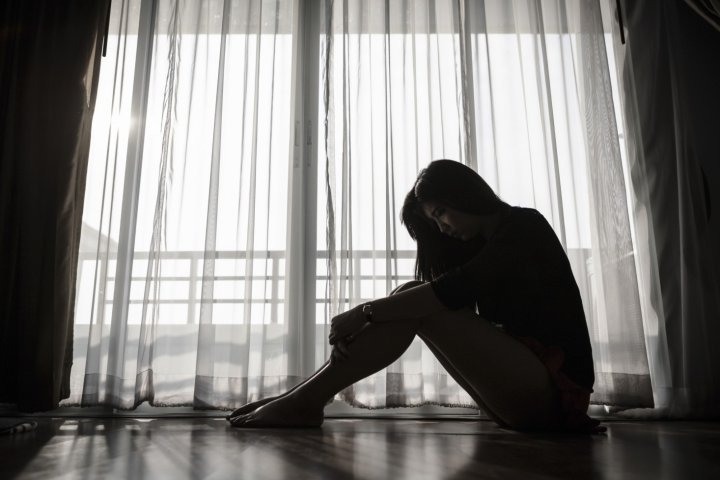 Parents should have proactive conversations around mental health and suicide with kids, some experts suggest, because they say there isn’t enough talk about these issues.

According to the Government of Canada website, around 11 people die by suicide each day, with around 4,000 deaths by suicide taking place per year. One-third of these deaths are among those 45-59 years old.

The government also states that “suicide is the second leading cause of death among youth and young adults (15-34 years).”

“If you actually look and dig a little bit deeper into that data, it’s the leading cause of non-accidental death. So, it’s outpacing most other causes of death,” Mark Henick, a mental health strategist based in Toronto, said on the Roy Green Show on Nov. 18 — also the day for International Survivors of Suicide Loss Day (ISOSLD).

“More people die by suicide around the world than murder and war combined. But we talk about those things every day and we still don’t talk enough about suicide,” he added.

International Survivors of Suicide Loss Day (ISOSLD) takes place every year in mid-November, where “those who are impacted by suicide loss can find comfort, remember loved ones, and share stories of loss, healing, and hope” through special events, according to the Canadian Association for Suicide Prevention’s website.

Henick is one of those people who have been impacted, having had suicidal thoughts when he was 12 years old.

“I think when people open up about these kinds of vulnerabilities, about really scary things, like a kid being suicidal, it really touches a nerve with people… because it’s something that so many of us have actually experienced,” said Henick.

The most recent findings by Statistics Canada published in May show that the prevalence of suicidal thoughts among adults was significantly higher in 2021 than in 2019, before COVID-19 hit.

The occurrence of suicidal thoughts among adults in 2021 was 4.2 per cent, which was “significantly higher” than 2.7 per cent in 2019 pre-pandemic, according to StatCan.

Researchers measured the increase by using the 2021 Survey on COVID-19 and Mental Health, conducted between Feb. 1 and May 7, 2021.

The Centre for Suicide Prevention also reports on its website that “teens are admitted to hospitals for suicide attempts more than any other age group.”

“We know that mental health among young people is a major issue… there’s no question that the last two and a half years of dealing with the COVID pandemic and all the restrictions from it have been absolutely devastating for young people,” Zwaagstra, who was also a guest on the Roy Green Show, said.

“They have borne much of the brunt of the impact. And so, you add that into some of the longer-term issues that we’ve been seeing with young people in mental health. And unfortunately, it is not shocking that this is becoming an even bigger and bigger problem,” he added.

As a teacher, Zwaagstra says has seen students suffering from mental health challenges in his classroom, where it plays out in different ways.

“One of the most obvious (signs) is simply not coming to class… and in many cases, students aren’t coming to class not because they are just choosing to skip, but they really are having mental health struggles,” he said.

Another sign to look for, Zwaagstra says, is the student’s general demeanor.

“We see it in terms of disengagement… especially when a young person has that sense of hopelessness, where they think that things aren’t going to get better. That’s when you see the most profound impact,” said Zwaagstra.

He says there are supports in place at schools like guidance counselors who can help, and he hopes that young people can talk to a safe and trusted adult, like a parent or teacher, about what they are going through.

Henick says it’s a good thing that there’s more support and awareness surrounding mental health and suicide in recent years on a public level, but the problem is that people are still being told that if they’re feeling suicidal, they’ll have to go to the hospital.

“That’s a good thing. People should continue to do that, but also recognize the reality of the fact that that’s not enough,” said Henick.

In Quebec, for example, the number of teenage girls who visited Quebec hospital emergency rooms after attempting to take their own lives rose by 23 per cent in 2021, according to the province’s public health institute.

In a report published in January, the institute said that for every 100,000 girls aged 15 to 19 in Quebec, 1,630 visited a hospital in 2021 because of suicidal thoughts and 227 went to a hospital because they had attempted to take their own lives — more than twice the rate among any other age group of either gender.

“(The hospitals) might discharge them with some planning, but that’s nearly not enough. I think parents need to be taking a more proactive intervention for their kids before it ever gets to that point,” said Henick.

He says parents need to have conversations about depression, anxiety, and even suicide with their children.

If the children or youth show tendencies of self-harm, Henick says that’s when parents need to be able to jump in — to connect them with ongoing care that isn’t just a one-time visit to an emergency room but to have them speak with a counselor or therapist.

“It’s one of the key protective factors. Get them volunteering and get them involved and caring about something and really build a whole wrap-around system of recovery that isn’t just an emergency intervention,” Henick said.

If you or someone you know is in crisis and needs help, resources are available. In case of an emergency, please call 911.

The Canadian Association for Suicide Prevention, Depression Hurts and Kids Help Phone 1-800-668-6868 — all offer ways for getting help if you, or someone you know, is suffering from mental health issues.

For a directory of support services in your area, visit the Canadian Association for Suicide Prevention.

Learn more about how to help someone in crisis on the Government of Canada website.

— With files from The Canadian Press