Pandemic may be boosting Canadian trust in scientists, survey finds 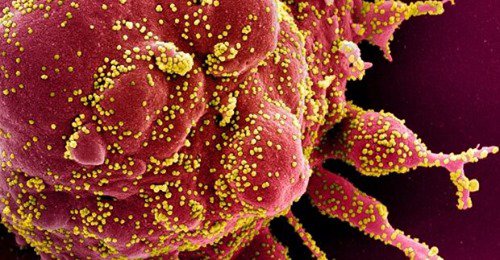 The onset of the COVID-19 pandemic may have boosted failing public trust in science and scientists, a new survey has found.

"I think it's fantastic that we see the decline in skepticism about science among Canadians," said Brett McCollum, a chemist at Calgary's Mount Royal University who has seen the results of the survey.

Since 2018, the 3M company has commissioned an annual global poll on a wide variety of attitudes toward science.

In 2018, about 29 per cent of people around the world said they were skeptical of science. That had increased to about 35 per cent by fall 2019.

But by the following summer, that skepticism had dropped back down to 28 per cent.

Canadian figures, where more than 1,000 people were surveyed, followed suit. Skepticism toward science dropped from 29 per cent pre-pandemic to 21 per cent afterward. A comparable margin of error for a random sample of the same size would be plus or minus 3.1 percentage points, 19 times out of 20.

As well, 50 per cent of Canadians said they're now more willing to advocate for science due to the pandemic. Before COVID-19, that figure was 25 per cent.

Before the pandemic, about 30 per cent of Canadians said they only believed science that corresponded to what they already believed. That figure was consistent with previous years.

But by last summer, that figure had dropped to 22 per cent.

McCollum, who is also a 3M research chair, suggests the pandemic has brought home to people the real-world importance of scientific understanding.

"A research project done in a lab in a university, you don't see that impact in your daily life. We don't necessarily as citizens see that full path.

"I think the pandemic has given all of us an opportunity to pause and reflect and ask, 'Who's going to solve the pandemic?"'