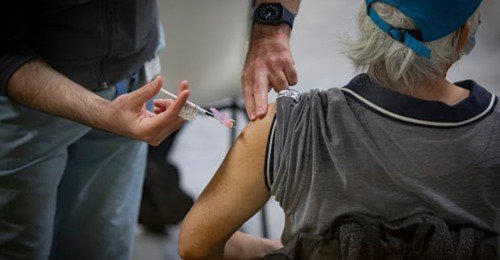 An Ontario man whose father suffered a severe stroke from a rare blood clot after receiving the AstraZeneca-Oxford COVID-19 vaccine is revealing new details about the condition for the first time in hopes of helping Canadians better understand the risk.

Vaccines are saving countless lives as Canada's third wave rages on, with more transmissible coronavirus variants spreading like wildfire across the country. But while the risk of adverse events tied to the shots are extremely rare — they can be very serious.

Kyle's father lives in Hamilton, Ont., and received his first dose of the AstraZeneca vaccine at the end of March. While the family initially breathed a collective sigh of relief that he was vaccinated against COVID-19, they were blindsided by what happened next.

His father, who is in his 60s and has underlying medical conditions including obesity, cancer and diabetes, seemed like a perfect candidate for the vaccine given his high risk of severe complications from COVID-19 and the fact that he often went into the office for work.

"At his age with all his myriad of health issues it was a no brainer — take the first one," said Kyle, who CBC News agreed to speak to on condition of anonymity due to health privacy and safety concerns.

Future still uncertain
Kyle says his father developed strange symptoms almost two weeks after receiving the vaccine — including confusion, headaches and numbness on his left side.

His mother called 911 and took him to a southern Ontario hospital, where Kyle says health-care workers attributed his condition to his previous cancer diagnosis and he was sent home.

But his father then collapsed in the middle of the night and was rushed to another hospital where he was later diagnosed with a stroke caused by vaccine-induced immune thrombotic thrombocytopenia (VITT) on Monday after receiving the AstraZeneca shot.

Kyle says his father's case was the same one announced by Hamilton public health officials Friday as Canada's fifth reported case of VITT and the only one to require hospitalization so far.

"He's not doing well, but he's doing better than he was a week ago," Kyle said. "He's not on a ventilator anymore which is great but he has two clots in the brain, several others in the body and definitely had a severe stroke."

Kyle says his family is hopeful his father will survive after he showed some responsiveness and was able to communicate in a limited way, but his future still remains uncertain.

To date there have only been five confirmed cases of VITT in Canada — two in Ontario, and one each in Alberta, Quebec and New Brunswick out of more than 1.1 million shots administered — four of which were reportedly recovering at home.

Though extremely rare, VITT is much more severe than a typical blood clot because it can cause cerebral venous sinus thrombosis (CVST), where veins that drain blood from the brain are obstructed and can potentially cause fatal bleeding. 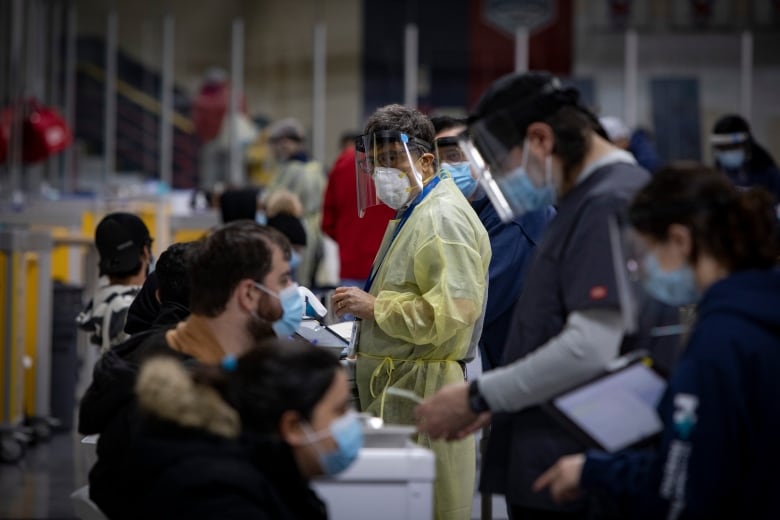 It was first identified as potentially being linked to the AstraZeneca vaccine after several dozen adverse reports were discovered in younger women in Europe after receiving the shot out of tens of millions of doses administered. (The condition was originally called VIPIT, or vaccine-induced prothrombotic immune thrombocytopenia, but the name has been changed.)

Kyle believes his father's case is "significantly" more serious than some of the other cases reported in Canada and is speaking out in hopes of helping others understand the risk of VITT because the experience changed his perception of it.

"I'm definitely pro vaccination all the way," he said. "But at the same time it's about informed decisions."

AstraZeneca now recommended to Canadians over 30
The National Advisory Committee on Immunization (NACI) announced Friday that it now recommends expanding the use of the AstraZeneca vaccine to all Canadians over 30, but only if the benefits outweigh the risk of VITT for that individual and they don't want to wait for an mRNA vaccine, like the Pfizer or Moderna shots.

The advisory committee says VITT occurs at a rate of about one in 100,000 to 250,000 people vaccinated, with a mortality rate of about 40 per cent, although more research is needed and that number is subject to change.

Vice-Chair Dr. Shelley Deeks also said for the first time Friday that NACI officials consider the risk of developing VITT to be the same for Canadians of any age, despite updating previous guidance that the shot be restricted to older adults.

"People should have informed consent when receiving the AstraZeneca vaccine, so they are aware of the potential risks of developing VITT as well as the symptoms to be aware of," Deeks said during a press conference Friday.

"Should they choose to get the vaccine and have any of those symptoms, they should immediately follow up with a health care provider."

That view, of equal risk to all ages, is shared by Dr. Ted Warkentin, a hematologist and professor of pathology and molecular medicine at McMaster University, who is currently studying VITT with researchers around the world.

"Based on evolving evidence, I think VITT has a small risk to healthy individuals of any age," he said.

"I believe the reason why there has been some restriction to younger patients is not because they're at lower risk or higher risk or different risk from the vaccine, but because their risk of dying or being severely harmed by COVID-19 is less."

NACI has ultimately left it up to Canadians to decide their own individual risk calculation based on the COVID-19 situation in their local community, the spread of more transmissible and potentially more deadly coronavirus variants and their overall health.

"The crux here is informed consent," he told CBC News. "Which doesn't happen without good information."

NACI Chair Dr. Caroline Quach-Thanh says the "bottom line" is that, like everything, there is a risk-benefit analysis that needs to be considered between the vaccine and COVID-19.

"What we want is to vaccinate Canadians as quickly as possible, however, if you are in an area where there is no COVID transmission, if you have no contact with the outside, or if you're able to shelter through public health measures, then there is a possibility to wait for the mRNA vaccine," she said Friday.

"But if you do want to get a vaccine earlier, I think the AstraZeneca is a safe way to be protected."CBC