Omicron’s BQ.1.1 COVID-19 sub-variant. Why experts are watching it 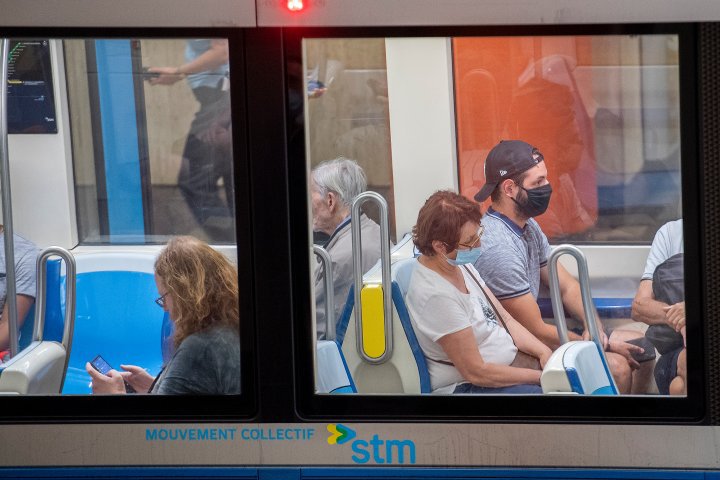 Since its emergence in 2020, COVID-19 has produced multiple mutations as it spread across the world.

Many of those variants did not become dominant, but few did including Alpha, Delta and Omicron. Those mutations caught the attention of global health researchers when they emerged, and now another is catching their eye: BQ.1.1.

The mutation is standing out among the more than 300 Omicron sub-variants the World Health Organization (WHO) is currently tracking. So what is it, and when did it emerge?

Here is what we know so far.

BQ.1.1 is a descendant of the Omicron BA.5 sub-variant, which is the dominant mutation in Canada at the moment, the Public Health Agency of Canada (PHAC) told Global News in a statement.

The new sub-variant has picked up a few mutations in its spike protein, which is the protein the virus uses to enter human cells, said Andy Pekosz, a professor of microbiology at Johns Hopkins Bloomberg School of Public Health in the United States.

COVID-19 vaccines are also based on that protein, he said.

“On paper, this looks like a virus that has probably, to date, the most ability to escape vaccine-induced immunity, as well as some antibody treatments,” Pekosz said.

“So that’s one of the reasons why we’re focusing in on this one and trying to keep track of what it’s doing and where it is.”

BQ.1.1 is a relatively new sub-variant that was discovered two to three weeks ago, Pekosz said.

“What’s a little bit concerning is that some of these sequences appear to have come from different countries already,” he said. “So it really brings up the point of whether or not this virus has been circulating at a lower level and is now being picked up in lots of places at the same time.”

BQ.1.1 has been detected in Canada, PHAC told Global News. It was first spotted in Canada in September, and as of Monday, there have been 12 cases of BQ.1.1.

“At this time, it is too early to tell if this sub-lineage is growing in Canada,” a spokesperson said.

The new sub-variant has also been found in the United Kingdom, which has experienced an uptick in COVID-19 infections as the cooler weather sets in. Experts expect infections to rise in the northern hemisphere as winter nears and as people move indoors where COVID-19 can spread easily.

While infections are growing in the U.K., it’s unclear if BQ.1.1 is playing a significant role, said Nathan Grubaugh, who studies the epidemiology of microbial diseases at the Yale School of Public Health, in an email to CNN.

There are several new mutations that make up a small amount of the U.K.’s total cases, but BA.5 is still dominating transmission, CNN reported.

One of the reasons BQ.1.1 is standing out is its apparent ability to reduce the effectiveness of monoclonal antibody treatments, said Dr. Isaac Bogoch, an infectious diseases specialist with the University Health Network in Toronto.

For example, the sub-variant could impact the antibody treatment Evusheld, which is typically given to vulnerable people like cancer patients and transplant recipients, he said. The drug is intended for people who may not get enough protection from COVID-19 vaccines, and are at risk of getting very sick from the virus.

“That drug may not be as effective if this variant takes over,” Bogoch said.

“It’s still fair to communicate uncertainty at this point in time about whether or not this will be the main or dominant variant, and if this will replace BA.5 that we have now.”

However, antiviral treatments like Pfizer’s Paxlovid pill appear to work against BQ.1.1 and other sub-variants, said Pekosz.

Vaccines will still hold up well against the new sub-variants in terms of serious outcomes, both experts said.

“We know that regardless of the variants we’ve seen to date, the vaccines have stood up very strongly in terms of protecting people against more severe infection, hospitalization and death,” Bogoch said.

“There still is some protection against infection, it’s just much less than we’ve seen in the past and we hope the newer vaccines regain some of that durable protection, but time and time again, regardless of the variant that you’ve seen, these vaccines continue to provide very significant protection against more severe illness like hospitalization and death, and I don’t think we’re going to see meaningful changes with some of these new variants coming out.”

Omicron BA.5 still remains dominant despite BQ.1.1 and more than 300 other mutations being monitored by the WHO, said Dr. Maria Van Kerkhove, the body’s technical lead for COVID-19, at a news conference Wednesday.

However, surveillance has changed over the last several months, resulting in the number of COVID-19 sequences being evaluated dropping by 90 per cent, she said. It is limiting experts’ ability to track each sub-variant, Van Kerkhove added.

“This is really due to incomplete vaccination coverage, (and) inappropriate or ineffective use of available tools like antivirals … so we’re concerned.”

Even though the virus is constantly mutating, the measures learned throughout the pandemic still apply to protect from future variations, said Bogoch.

“I know there’s no mandates around these days, but you can lower your individual risk of getting COVID by putting on a mask in an indoor setting where we know the vast majority of COVID is transmitted,” he said.

“If you have control over the environment you’re in, you can improve the ventilation in that indoor setting and that might reduce the risk to other people. You can get vaccinated or boosted depending on where you are in your vaccine cycle.”

“We’re in a much better place now than we ever have been in terms of the pandemic, but we can’t forget about the virus,” he said.

“We just need to keep up with our vaccines, our testing and our antiviral treatments to make sure we stay in the safest place possible when it comes to COVID-19.”