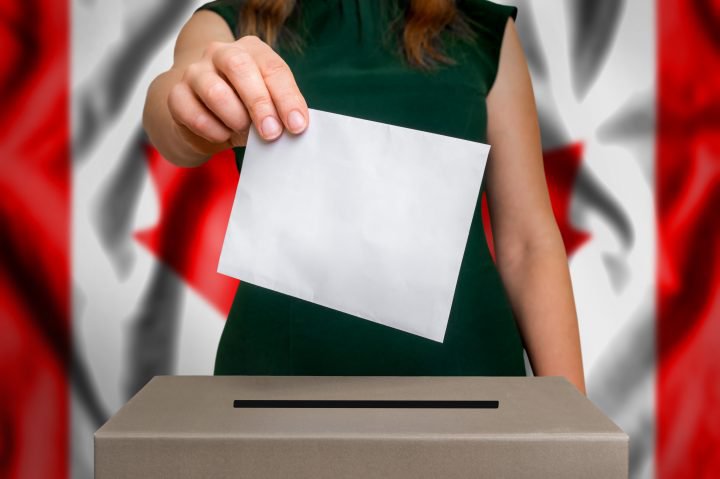 Almost 100,000 mail-in ballots were not counted in the federal election, most because they arrived after the deadline, a report by Elections Canada has revealed.

The body that administers Canada’s elections says 99,988 special ballots were “set aside” and not counted, including because they arrived too late, were not filled in properly or lacked a signature.

Canadian expats living overseas, people working away from home in Canada and members of the Armed Forces were among those whose special ballots were not counted.

A record number of people asked for special mailable ballots for the Sept. 21 election. But most Canadians voted in person at a polling station, although COVID-19 restrictions, including sanitizing and physical distancing, led to long delays at some.

The Elections Canada analysis found an 82 per cent increase in the number of mail-in ballots in last year’s general election compared to the 2019 federal poll.

The report said more than 1.1 million special ballots were received, including from prisoners in jail.

During a federal election, local electors voting by special ballot must return it to Elections Canada by close of polls. International voters, those voting by mail from away from home, including Canadian Forces and prisoners, need to return their ballot to Elections Canada headquarters in Ottawa by 6 p.m. for it to count.

Canada’s Chief Electoral Officer Stephane Perrault recommended this month that Parliament take steps to ensure that ballots arrive on time, including extending the period for registering for a special ballot.

“The earlier electors cast their special ballot, the more likely it is that it will be received before the deadline,” his report to MPs said.

“It’s important to note that this is the first time that Elections Canada has published special ballot voting data to this degree of detail,” said Matthew McKenna, a spokesman for Elections Canada.

“The Chief Electoral Officer has also already made recommendations to Parliament on how to amend the Canada Elections Act in ways that would improve the special ballot process.”

Perrault suggested that people voting by mail-in ballot be able to name a political party rather than a candidate, as is the case in provincial elections in Saskatchewan and British Columbia, to make the process quicker.

Elections Canada put in place some measures to make it easier to vote by special ballot before the election, including allowing people to drop off the envelope containing their ballot at polling stations in their district.

Many Canadian embassies and high commissions reached out to expats to tell them how to vote by mail, with some offering to send their ballots to Ottawa directly.

Some embassies also warned that postal services could be held up because of COVID-19 delays, suggesting that voters fill in and post their ballots early.

Some elections agents went to extraordinary lengths to get special ballots to Canadians living and working in remote areas.

In British Columbia, an election agent who usually runs a chocolate shop flew by helicopter to lighthouses with a ballot box, to help lighthouse-keepers to vote on time.

This report by The Canadian Press was first published June 22, 2022.