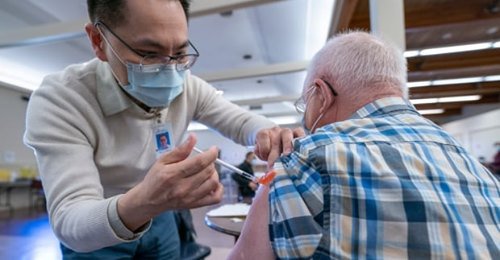 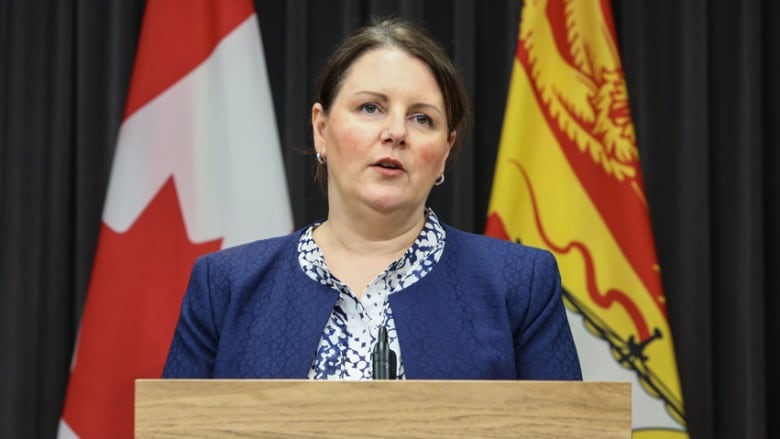 New Brunswick needs 40,000 new COVID-19 vaccinations by midnight tomorrow to achieve its goal of reaching 75 per cent of the eligible population.

But Dr. Jennifer Russell, the province's chief medical officer, isn't giving up on reaching that target.

"It's a race," Russell said Sunday.

"People have to get in line and get registered. There's thousands of appointments available today, and tomorrow and we are going to be pushing right till the end."

Russell said New Brunswickers are in the driver's seat now when it comes to going to the first stage of green.

She said she's still focused on getting to 75 per cent by midnight Monday, but said if that doesn't happen the province will have to delay opening up.

"We will just postpone everything," said Russell.

Vaccine totals
Only 2,893 New Brunswickers received a first dose of a COVID-19 vaccine on Saturday, far under the number the province said would be needed to reach the Monday target.

That represents 69 per cent of the eligible population.

The province wants to reach the 75 per cent target by midnight Monday so it can enter the first stage of its three-stage road to green.

The first stage would allow a partial Atlantic bubble and the loosening of some restrictions.

On Saturday, the province said an average of 14,800 people would need to be vaccinated daily to reach the goal.

But the average jumps to about 20,000 after Saturday's vaccination tally. The province has never given more than 13,200 vaccinations in a day.

Those who has been vaccinated outside New Brunswick have not been added to the province's vaccine totals.

Public Health said they've received responses from 1,100 people about out-of-province vaccinations and are working to add them to the provincial totals.

Public Health has promised to update the province on vaccination numbers at a news conference Monday.

Nursing home update
There are no new cases at a Zone 1 nursing home where an outbreak has been declared.

In a Facebook post on Saturday the Villa Maria Inc. in Saint-Louis de Kent said the first round of tests done on Thursday are back. All were negative for COVID-19.

This includes residents and staff.

"Despite this good news, we remain vigilant for the appearance of new symptoms," said the post.

On Friday, Public Health announced an outbreak at the nursing home.

One case had previously been confirmed at the home.

This leaves the total number of active cases at 133.

A person between 30 and 39.
The case is a contact of a previously identified case.

Previous public exposures
Public Health has identified numerous new potential public exposures to the coronavirus, so many that it stopped listing them individually in its daily news release.

A detailed list of the potential exposures, including the locations and dates, is available on the government's COVID-19 website. It is updated regularly.

Public Health is offering COVID-19 testing to anyone who has been in a public exposure area, even if they are not experiencing any symptoms. Residents may request a test online or call Tele-Care 811.

People experiencing one or more symptoms are also encouraged to get tested.

What to do if you have a symptom
People concerned they might have COVID-19 symptoms can take a self-assessment test online.

In children, symptoms have also included purple markings on the fingers and toes.

People with one of those symptoms should:

Call Tele-Care 811 or their doctor.