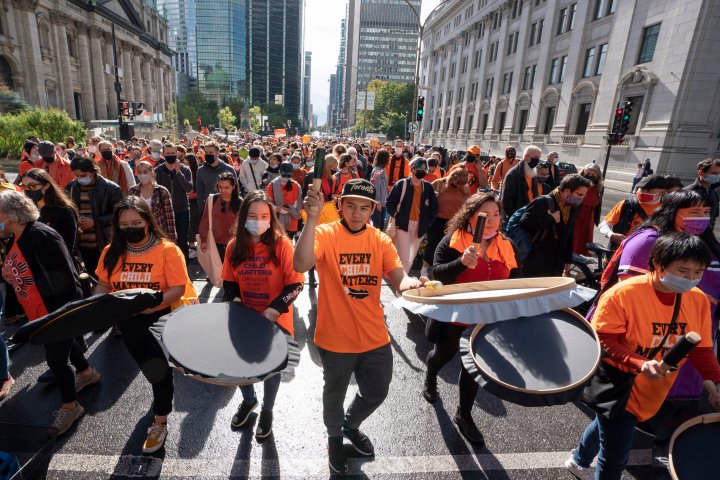 Crown-Indigenous Relations Marc Miller has tabled a bill that would create a national council for reconciliation – a recommendation the Truth and Reconciliation Commission made in 2015 and the Liberal government included in the 2019 budget.

The TRC, which investigated the history and legacy of residential schools, called for an independent, Indigenous-led council to monitor the progress of reconciliation in Canada over the long term and evaluate and report on the implementation of its 94 calls to action.

Bill C-29 says there will be between nine and 13 directors on the council’s board, including a nominee each from the Assembly of First Nations, Inuit Tapiriit Kanatami and the Metis National Council.

The other directors would be elected from a list of applicants and at least two-thirds must be Indigenous.

The council would be set up as a not-for-profit, and it would be required to report yearly on the progress being made toward reconciliation, including recommendations.

The Congress of Aboriginal Peoples, which represents primarily non-status Indigenous and Metis people living off-reserve, says in a statement that it is “deeply disturbed” by the structure proposed in the bill.

The group says it’s been excluded from the list of national Indigenous organizations for whom a seat on the board is guaranteed, and calls that discrimination against hundreds of thousands of Indigenous Peoples living in urban areas.

The bill was tabled in the House of Commons Wednesday, but the House is expected to rise Thursday for the summer break. MPs will not be back in their seats to debate legislation until September.