Monkeypox in Canada: 210 confirmed cases reported across the country 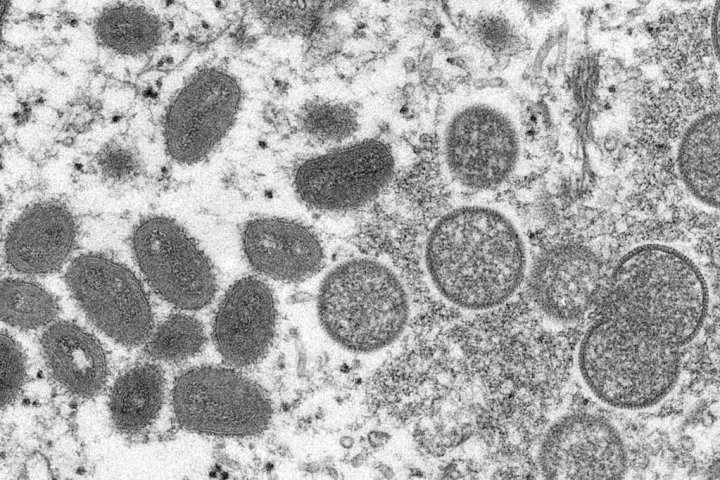 As of June 22, Quebec reported 171 cases, while Ontario reported 33. Alberta so far has four cases while there are two in British Columbia.

Monkeypox is a viral disease that is caused by the Orthopoxvirus genus related to smallpox.

The virus enters the body through broken skin, the respiratory tract or the mucous membranes, PHAC states on its website.

Canada reported its first monkeypox case in Montreal on May 19.

The IMVAMUNE vaccine was approved by Health Canada during the same month for the prevention of monkeypox for adults 18 years of age and older.

As of June 21, Quebec’s Health Department has administered 5,895 doses of the vaccine, according to The Canadian Press.

TPH states that the clinics are intended for people who have been in physical contact with “someone who recently tested positive for monkeypox; have had two or more sexual partners; have been diagnosed with a chlamydia, gonorrhea or syphilis infection over the past two months; have attended bath houses, sex clubs and other venues for sexual contact within the past 21 days; and have engaged in or plan to engage casual sex or sex work.”

At least 2,000 cases of monkeypox have been reported across 42 countries with the majority of cases in the United Kingdom, according to the World Health Organization (WHO).

Individuals can catch monkeypox through close contact with an infected person or animal, or with material contaminated with the virus, WHO says.