Middlesex-London on the ‘backend’ of the sixth COVID-19 wave: MLHU 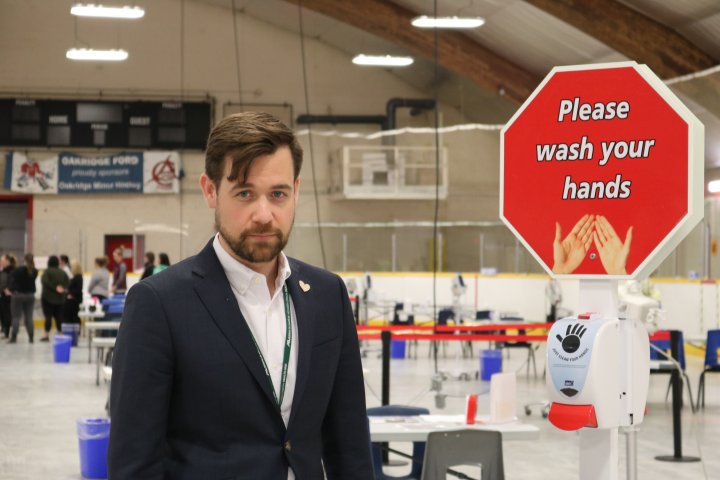 Things are looking up for London, Ont., and Middlesex County as the region sees an ongoing decline in COVID-19 case volumes that’s on par with what’s happening in the rest of the province, according to the Middlesex-London Health Unit (MLHU).

Medical officer of health Dr. Alex Summers shared the outlook during a media briefing hosted by the MLHU on Monday.

“We are clearly on the backend of the sixth wave with an ongoing improvement in COVID-19 transmission in our community,” Summers said.

“COVID-19 remains, however, circulating in our community and my guidance and recommendations continue to hold steady: Wear that mask, get yourself vaccinated and spend as much time as you can outdoors.”

A similar perspective was also shared by the London Health Sciences Centre during Monday’s media briefing.

Dr. Adam Dukelow, LHSC’s chief medical officer, says while hospitalizations have peaked, the hospital network still has 138 staff who have tested positive for the virus as of Monday morning. An outbreak also remains active in U4 Medicine 100 and low 200 wing in University Hospital.

“That still represents a significant strain on our hospital resources in terms of caring for patients with COVID, but thankfully, I do believe we’re past the peak of the sixth wave from a hospitalization perspective,” Dukelow added.

Summers says the sustained decline of COVID-19 is the result of the “temporary community immunity” the region has achieved through “good vaccination coverage and previous infection.”

“The Omicron wave has impacted our population greatly … there are just, frankly, less people left to get COVID-19,” Summers said, adding that the decline will likely continue through the month of May and into June.

“That threat is always somewhat around the corner. The high vaccination coverage that we have at this time is going to be essential in responding to whatever variant does come,” Summers said.

“Even if a vaccine is not as effective against a new variant, it has consistently provided some protection, particularly against severe outcomes and death.”

In the meantime, Summers says other respiratory illnesses are start to circulate in the region again.

He says this is due to the rolling back of public health restrictions tied to the COVID-19 response.