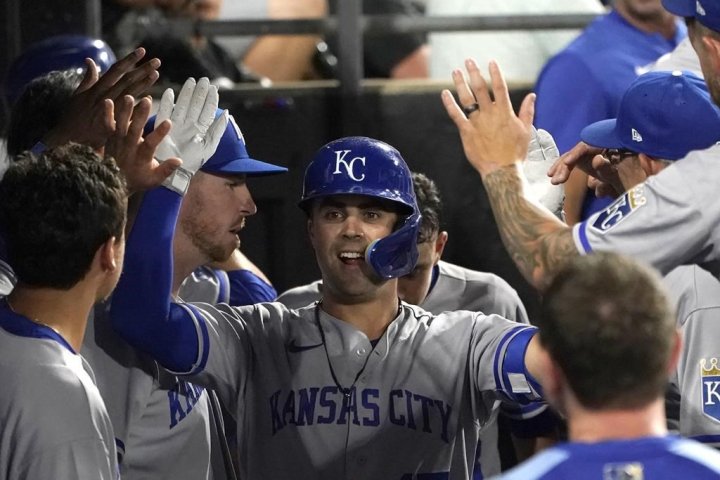 MINNEAPOLIS (AP) — Whit Merrifield said Thursday he is vaccinated for COVID-19 and will be cleared to play for Toronto when the Blue Jays return to Canada.

Merrifield was acquired in a trade with Kansas City on Tuesday for two minor leaguers. The two-time All-Star was in the starting lineup in center field for his first game with his new team Thursday night at Minnesota.

“I’ll be in Toronto when the team gets to Toronto,” Merrifield said, avoiding saying when he received the vaccine.

Merrifield was among 10 players on the Royals who were unvaccinated last month, preventing them from making their trip to Toronto. When asked about his decision, Merrifield drew the ire of Kansas City fans by saying: “Something happens and I happen to get on a team that has a chance to go play in Canada in the postseason, maybe that changes.”

“It was something that I probably could have handled a little better,” Merrifield said Thursday of his comments in July. “But what’s happened, happened. I’m excited to be a Blue Jay. Excited to get to Toronto and play in the Rogers Centre as my home.”

Toronto leads the AL wild-card standings as it tries to make the postseason for the second time in three years. The next home game for the Blue Jays is Aug. 12 against Cleveland.

Toronto manager John Schneider said Merrifield will play almost every day in a variety of positions, most likely second base and center.

“It’s a luxury to have, to have that kind of guy where you can literally put anywhere and feel comfortable about it,” Schneider said. “The days that he’s not starting, he’s probably going to play. I think with having a bench like this now, it allows us to be a little bit more aggressive in some certain spots that we haven’t been earlier in the year. An asset to have, for sure.”