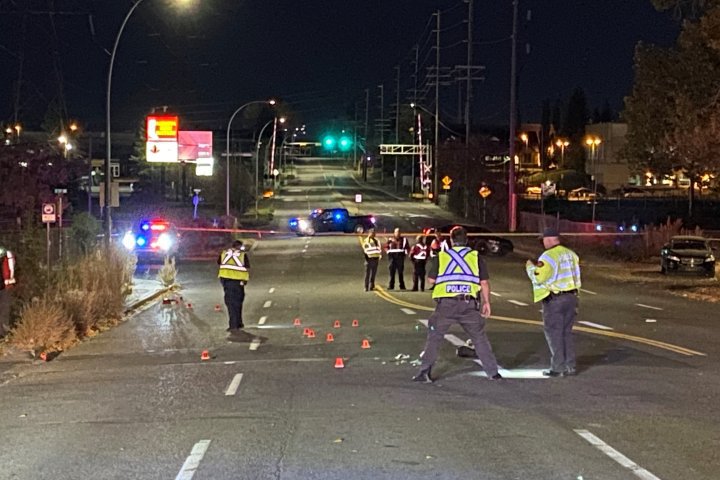 A 46-year-old man has been charged in relation to a fatal hit-and-run in southwest Calgary in October last year.

According to a Monday news release, a 35-year-old Calgary man was struck at 50 Avenue S.W. between 1 Street S.W. and Macleod Trail by a light-coloured pickup truck at 2:30 a.m. on Oct. 1, 2021. The truck continued through the intersection and fled the area and the driver did not return to the scene.

Police said the 35-year-old injured pedestrian was discovered by a passing rideshare driver at around 2:35 a.m. He was taken to hospital with life-threatening injuries where he later died.

Later that month, police arrested a man in relation to the incident and seized a silver 2007 Dodge Ram that they believed was involved in the hit-and-run.

The Calgary Police Service said it has now charged the 46-year-old man with one count each of hit-and-run and hit-and-run causing death.

However, police said no further details can be released due to a publication ban.

Anyone with information about the incident is asked to call police at 403-266-1234 or Crime Stoppers.