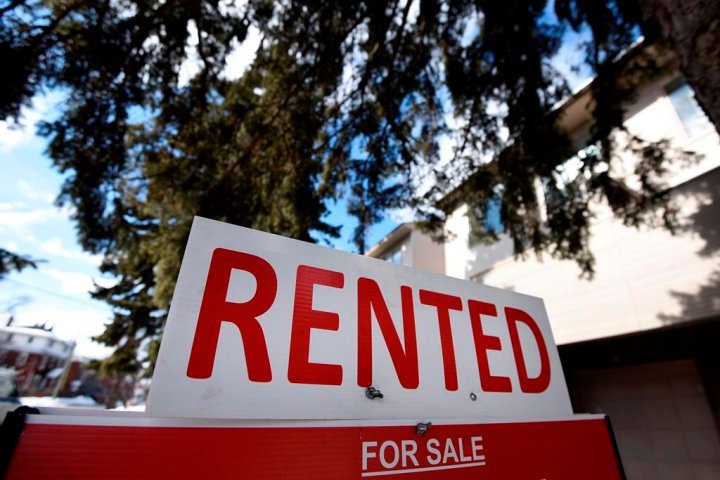 Despite the rental market trending up all over the country, Winnipeg is still more affordable for those who aren’t looking to own property.

According to Paul Danison of Rentals.ca Network, Inc., the city’s rent prices haven’t seen many changes over the years.

“Unlike Winnipeg’s weather, the rental market is calm and steady and very little movement with rents in that city. A one-bedroom at $1,164 is completely flat, monthly and yearly, and a two-bedroom at $1,521 average a month is only at 4.3 per cent year over year,” Danison said.

Danison says price spikes are linked to supply and demand.

“Winnipeg, more than anywhere else, has a lot of the lot of units coming on the market. So there’s more there. People after the pandemic have made life decisions … they’re moving more into the suburbs, looking for more room, looking for an office space.”

In terms of buying property, Peter Squire of the Winnipeg Regional Real Estate Board says a lack of listings drove costs up, but as more homes go up for sale, prices are seeing a decline.

“We’ve doubled our active listings to over around 4,000 where we were under 2,000 at the beginning of the year. So our prices have come back down.”

But even with a dip in prices, first-time buyers are still getting the short end of the stick.

“We’re seeing areas like Crescent Wood, South River Heights, Charleswood, Richmond, West Linden Woods, Waverly Heights. They still seem to be performing at a high level and converting a lot of their their listings to sales,” Squire says.

“The northeast area has cooled off. I guess it’s more in the first-time buyer area where they’re being more impacted by those higher interest rates and affordability issues to finance a home and get their down payment. So that slowed down a bit.”

Squire also says more people are moving outside of the city.

“Some people are looking for an escape, as we heard about during the pandemic,” he said. “Those retirees, that aging baby boomer group are looking at being close to the city, to a lot of the amenities that a city, a major city offers but then that but having that rural living.”

He says areas around Lake Manitoba and Lake Winnipeg and further up northwest are attracting more buyers.