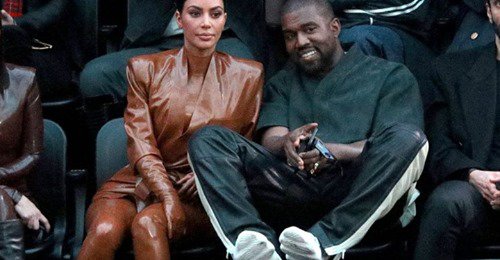 Kim Kardashian has filed for divorce from Kanye West, ET can confirm.

The reality star and rapper have been married for six years, but their relationship started to fall apart within the past year, particularly when West was running for U.S. president.

Kardashian is asking for joint legal and physical custody of their children and are committed to co-parenting.

A prenup was in place and allegedly the divorce is amicable. They have also reportedly nearly reached a property settlement agreement.

Kardashian and West’s fallout was well documented as he called out her family on social media in a series of tweets. West did spend most of his time in Wyoming with Kardashian staying in Calabasas where they tried to make things work, but the differences in their lives became too much.

The couple began dating in 2012 and had their first child in 2013. West proposed later that year using the giant screen at the empty waterfront ballpark of the San Francisco Giants.
The two married May 24, 2014, in a ceremony at a Renaissance fortress in Florence, Italy.

The beginning of the end of the marriage comes after the September announcement that the show that made her family’s name, Keeping Up With The Kardashians, was coming to an end in 2021 after 14 years.globalnews